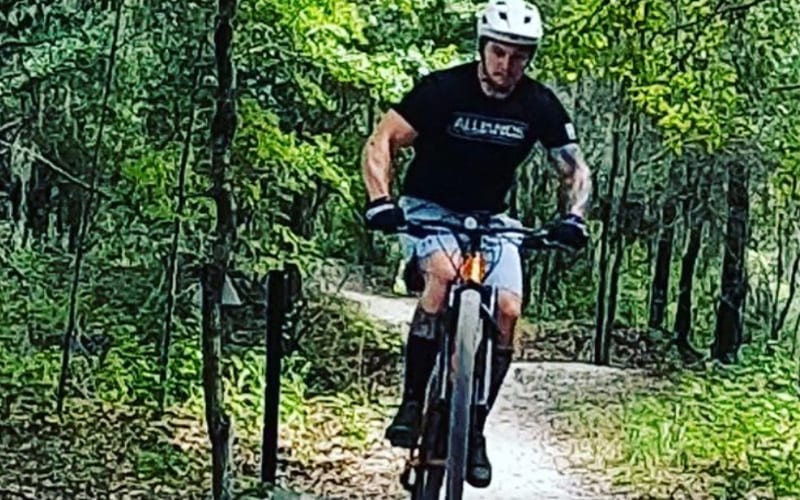 King Corbin likes to present the appearance that he’s got it all together. He recently wiped out on his bike to prove that accidents can happen to the best of us, even royalty.

The reigning WWE King Of The Ring recently uploaded a short video to social media. It appeared to be GoPro footage, and we’re glad he had the camera on. Corbin wiped out on his bike and crashed after he couldn’t make it up a hill.

Thankfully, Corbin was okay because that ground was much harder than a pro wrestling ring. The caption he provided pulled the clip together nicely.

Ok so I may not be ready for the @redbull tour just yet. This is what happens when you don’t know what’s on the other side and don’t commit and run out of speed! Volume up for a laugh

We’ll have to see when King Corbin gets involved in another program. It seems that WWE gave him the night off at Clash of Champions. He was feuding with Roman Reigns and Jey Uso during the build for the pay-per-view. He seems to be fine so this won’t keep him out of action for very long at all.