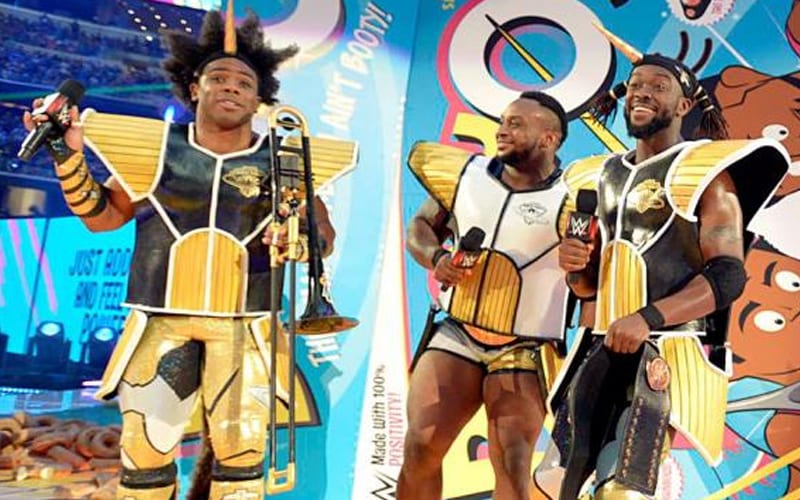 The New Day are still together, but Big E is currently the only one who is on television. He was having a singles run until Sheamus took him out of commission. Now we have to wait and see what’s next.

According to Wrestle Votes, one rejected pitch would have seen the New Day return to television, but they would be doing it much differently.

Interesting idea that was discussed but turned down: Kofi Kingston would return to RAW, while Big E stays on SmackDown. Both remain part of New Day, including gear & music. Just on separate brands. Another twist: Xavier Woods would serve as a manager type appearing on both shows.

This idea didn’t happen, but Xavier Woods is still out of action. It seems like we should be getting near the window of his return to the company. The last time he was asked about his recovery status he was a little coy about things. He’s still game to host a show on G4 when that network returns in 2021.