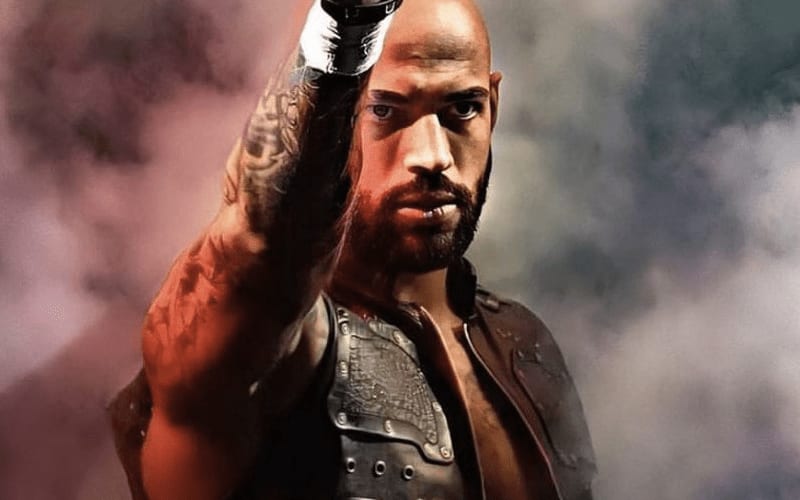 Update: Ricochet has responded to these rumors. He wondered how they got started.

Original: Rumors that Ricochet isn’t re-signing with WWE sprung up overnight. Plenty of people were commenting on the subject as well. Now the One And Only has spoken on the matter.

Ricochet hasn’t been given the spotlight some fans know he deserves. The general consensus is that Ricochet might find a better spotlight outside of WWE. He wonders what those rumors even started.

He tweeted out saying that he has never once said that he’s leaving WWE.

But seriously, where the hell did these rumors start? I’ve never said once that I am leaving. To anyone! So for these “dirt sheets” out there. Maybe facts check before you just blast some trash on your website for some clicks?

He has apparently denied the rumors that he is leaving WWE. If you’re wondering where this rumor picked up, we’ve narrowed it down on Twitter.

This stemmed from Wrestle Votes’ original report, but they did not mention any names. Fans started going through the timeline of contract signings and Ricochet’s name kept coming up. Then @SoDuTw sent out a blast claiming that they “received a number of messages saying that the Wrestle Votes report is indeed about Ricochet.”

Ringside News reported this as a rumor, because we cover all viral trends in the pro wrestling world. We were never able to confirm that it was true. Now we have heard from the man himself on the matter.