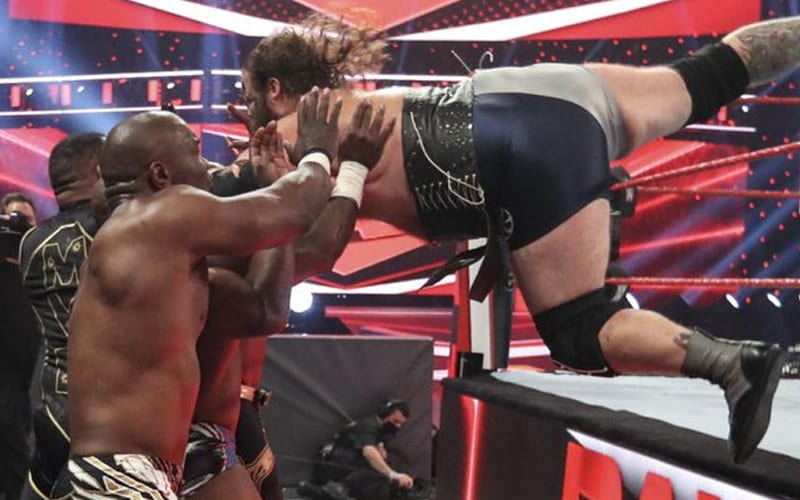 Ivar of the Viking Raiders experienced quite a hard turn of luck two weeks ago on RAW. He went for a dive to the floor that he’s done several times before. This time he injured himself.

The Viking Raider had been dealing with neck issues for a while. You never know what little thing might cause an injury to go over the line. Ivar needed neck surgery following the spot, and he had it done this week.

According to PW Insider, Ivar went in for neck surgery this week. No problems were noted, but there is also no time table for his return.

Ivar of the Viking Raiders underwent neck surgery earlier this week in Birmingham, Alabama.  We are told there is currently no timetable for his return but it is not expected to be a short recovery.

Erik of the Viking Raiders was used in Ivar’s absence. It’s unknown what WWE will do with him in the meantime. Ivar could be out of action for an extended period of time, and WWE doesn’t love using one member of a tag team without the other around.