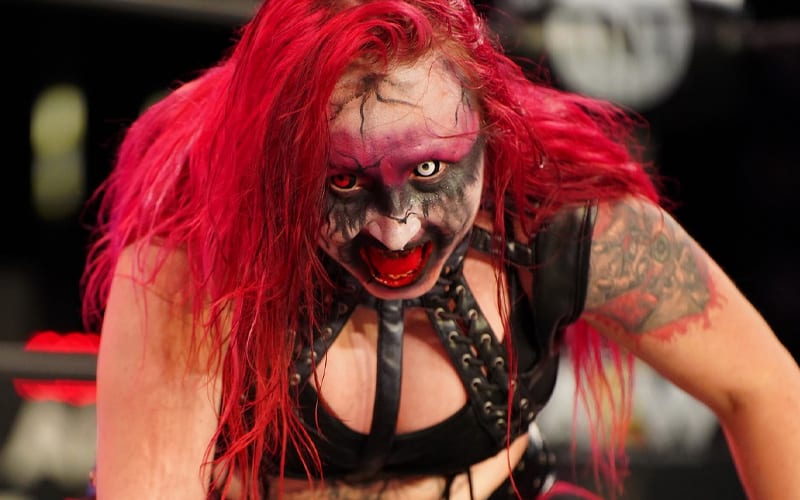 Chris Jericho has an eye for talent, and he sees huge things for Abadon. AEW’s Living Dead Girl has been appearing on Dark in recent weeks. She’s already made her Dynamite debut, but now she seems to be waiting for the perfect opportunity to make her big move.

AEW stumbled across Abadon when they went to Denver. She was working in that area, and it didn’t take the company long to realize that they needed to sign her. Now All Elite Wrestling has a zombie waiting in the wings.

During his Saturday Night Special, Chris Jericho spoke about Abadon briefly. He said that she is going to be a “huge force” in AEW’s women’s division. We’ll just have to see how long it takes for that to happen.

“Abadon is this really creepy gimmick and she signed with us and she’s going to be a huge, huge force in women’s division because this looks like some kind of zombie from Evil Dead combined with Train to Busan, or something like that. So, it’s really cool stuff.”

“So if you have not seen Abadon on AEW Dark, go look for her because she’s got a great look and it’s really believable. It’s really creepy and it’s actually really scary and I’m a big fan of hers.”

AEW needs to beef up their women’s division, and Abadon appears to be an apparent standout. Now only does her gimmick strike fear in even the most jaded fans, but her move set is also quite brutal.

Abadon recently briefly broke character on Twitter as she called out Al Snow for making a sexist comment about her. She alleged that Snow told her that she needs to be prettier so people will book her. It appears that going the opposite direction was the winning ticket for Abadon.