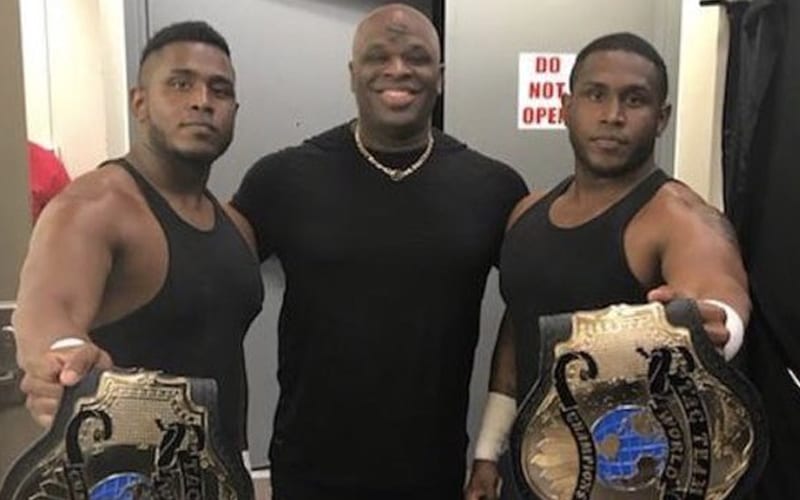 WWE is full of opportunities. You never know how a small role can translate into something much larger. This has been the case for several Superstars throughout the years, and that could be the story for D-Von Dudley’s sons as well.

D-Von Dudley’s sons are pro wrestlers. Terrence and Terrell Hughes are known as the tag team T&T. This week they played the role of security guards helping Adam Pearce get rid of Sami Zayn.

Terrence and Terrell are also twins, and they have been working the indies for a while. It’s unknown why WWE hasn’t scooped them up yet, but this is certainly movement in the right direction.

D-Von Dudley recently opened a wrestling academy on his own. He is also training his other son Matthew at that school. It looks like D-Von has a potential future pro wrestling stable at home.

Their WWE Hall Of Famer father still works as a producer backstage in WWE. D-Von Dudley was likely incredibly proud to see his boys on the blue brand last night, no matter how small their role was this time around.