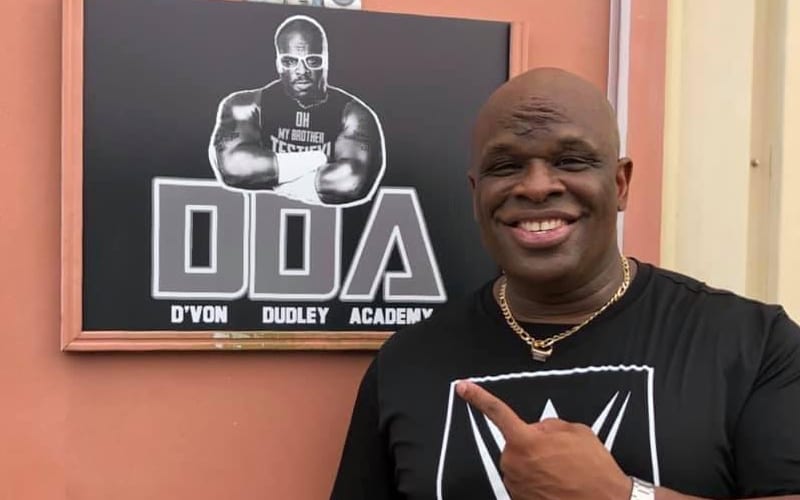 D-Von Dudley is a backstage producer for WWE, but he also stays busy with his newly opened wrestling school in Orlando.

The WWE Hall Of Famer opened his own school. News 13 in Orlando stopped by and ran a news story about Dudley’s new school. They also took time to concentrate on a special student, D-Von’s 18-year-old son Matthew.

Dudley stated that when WWE offered him the producer job he hated it. He wanted to wrestle. Now he gets more time to focus on training and being a father as well.

Matthew said that his father treats him just like another student while class is in session, but at home D-Von is an open book of advice for his son.

You can watch the news report below which D-Von tweeted out.