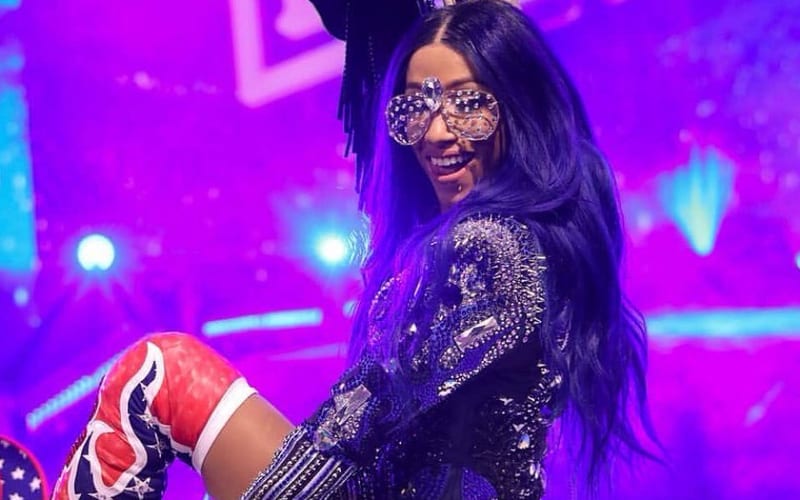 Sasha Banks is 28-years-old and already has a decade of pro wrestling experience under her belt. She loves what she does for a living and doesn’t plan on stopping any time soon. There must come a time when The Boss will wrestle her last match, but she’s not thinking about that for a long time.

Banks is still experiencing a career high in WWE as she comes off a successful Summer as 1/2 of the WWE Women’s Tag Team Champions and RAW Women’s Champion. Now she is set up for a feud with Bayley following a brutal attack. There are many stories to come.

While Sasha Banks spoke to D-Von Dudley on Table Talk, she revealed her opinion on retirement. Her answer is quite simple as she plans on running until she can’t go anymore. Retirement isn’t something she is even going to remotely consider for another decade.

“Hmmm, maybe until the wheels fall off. Hopefully not. I’m going to do it until I just feel like I’ve done everything I wanted to do,” said Banks. “How about that?

“They ask me if I’ll retire tomorrow. I’m still one of the youngest in the WWE! I’m going to be here for a long time. Get used to that. Ask me that question in like 10 years.”

Sasha Banks obviously has big goals in pro wrestling that she has left to accomplish. You never know what can happen in WWE, but if The Boss has her way she will be involved with plenty of memorable moments to come.