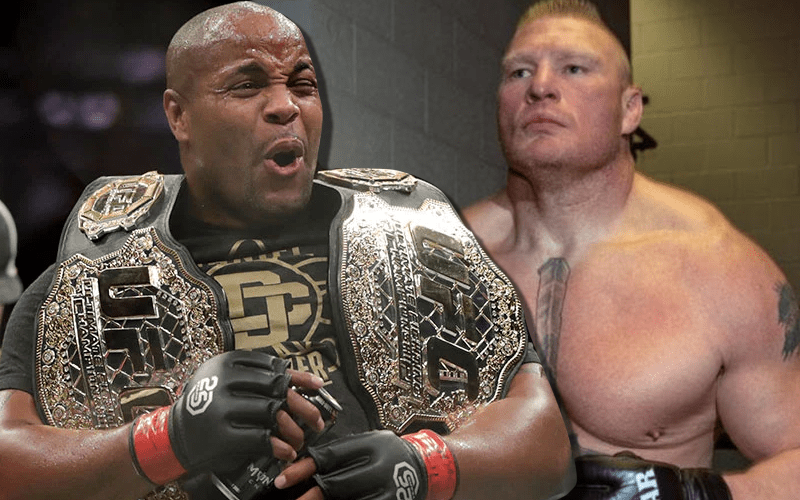 Brock Lesnar and WWE need reach some kind of a deal by WrestleMania because he has a big challenge. Daniel Cormier hasn’t stepped foot in a WWE ring yet, but plenty of fans have wondered what the former UFC Heavyweight Champion could do.

There were reports that Daniel Cormier might join WWE’s announce team. That could be a possibility, but Cormier has a match in mind first.

While speaking to ESPN‘s Ariel Helwani, DC said he’s done with fighting. Now he’s ready for his next challenge. In that same breath, he said that his goal is a match with Brock Lesnar at WrestleMania.

“I’m done, I want to wrestle with Brock in the WWE, that’s where I want to fight Brock. I want to fight him on his terms. You know, two old guys in the UFC Octagon going at it, 43-41-year-old guys seem fun, boy, me and Brock at WrestleMania that would be a good time.”

We’ll have to see if WWE can arrange this match. Lesnar and Cormier is a contest that WWE might be hard-pressed to pass up. We also never know what kind of situation might surround next year’s show of shows.

Ringside News exclusively reported months ago that the current mindset is WrestleMania 37 won’t be going Hollywood. Click here for that full exclusive report.