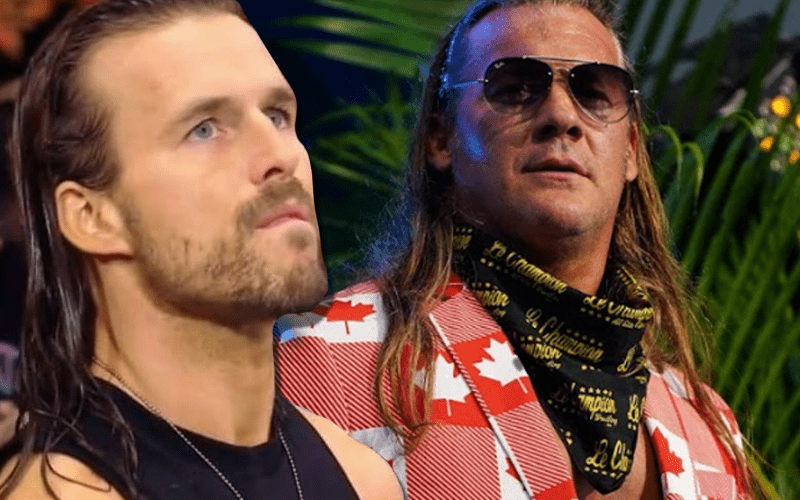 Chris Jericho has been able to work with some of the best pro wrestlers in the world, but Adam Cole has not stepped in the ring with Le Champion. If it’s in the cards, Jericho would like to change that.

Adam Cole has been around AEW events. He’s dating Britt Baker, and he is friends with many people on the roster. Jericho said on his Saturday Night Special that he hadn’t met Cole until AEW.

Although Cole is locked into a WWE deal for a few more years, Jericho said he’d love to work with Mr. Bay-Bay if they can make it work.

“I never met Adam Cole, I don’t think until AEW. He’s come to a few of our shows. He’s obviously Britt Baker’s boyfriend. What a great guy, a sweetheart of a guy, great worker. I’d love to work with him at some point if the cards ever align. Congratulations to all his success.”

WWE signed all four members of the Undisputed Era to new multi-year contracts last year. They aren’t leaving any time soon. That also doesn’t mean they will stay together.

Chris Jericho will remain in AEW and we will have to wait and see if this situation with Adam Cole gets much more interesting as the days tick closer to his WWE contract’s expiration.