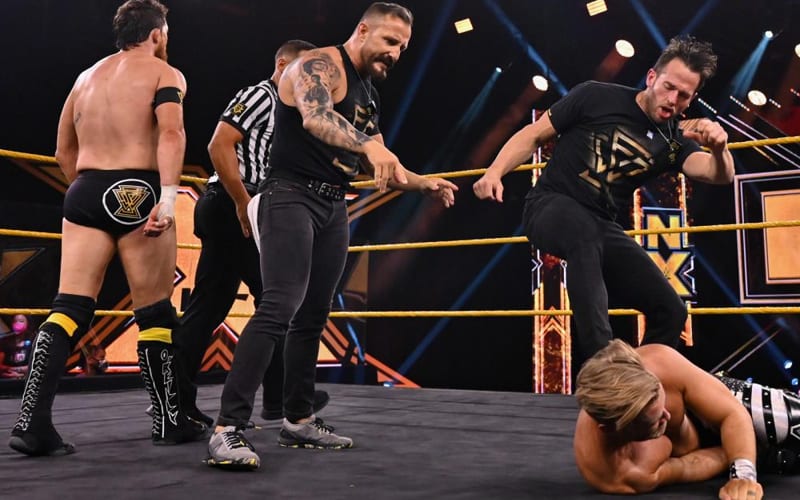 The Undisputed Era could have some cracks forming in their solid stable. Adam Cole wasn’t out for UE’s match on NXT this week, but the other three members were. This resulted in an interesting angle following Kyle O’Reilly’s victory over Drake Maverick.

O’Reilly wouldn’t jump in and join the beat down on Maverick after the match. Roderick Strong and Bobby Fish tried to convince him to join in on the heel fun, but he was hesitant.

It seems that NXT could be teasing a split for the Undisputed Era. Kyle O’Reilly showed babyface tendencies while the other two members were clearly acting as heels. This is an interesting direction to take as Adam Cole competes for the NXT Title next week.

The Undisputed Era signed new multi-year deals last year. They’ll be around for a while, but nobody said anything about them staying together.