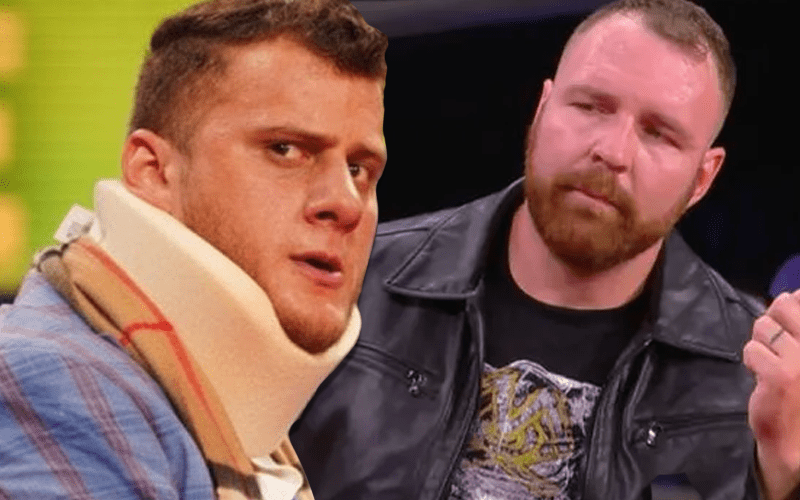 Jon Moxley defeated MJF at All Out, but he still sees that the Salt Of The Earth has it. Anyone can see that MJF has a bright future in AEW and he plans on being the face of the company for a very long time.

Moxley discussed his All Out opponent after successfully retaining his AEW World Title at All Out. He spoke about AEW’s future and how even when his body is broken down guys like MJF will lead the company for years to come.

He still doesn’t envy those younger stars who had to jump onto a national stage as they did. This is an exciting time as the future of AEW is cultivated on a national stage.

“I don’t know if I’m surprised, but yeah, some guys get it and some guys don’t. Some guys got it and some guys don’t, and he definitely gets it. He’s got it,” Moxley said. “I don’t have envy for these guys because they get to immediately step on the national stage, like MJF and some of these younger guys, and they just get to be in this really healthy, fertile environment for creating ideas, and learning, and getting better. And it’s going to keep getting better.”

“This is the next generation, and when I’m broken down and can’t go anymore, which is going to be any day now, these guys are going to be leading. When he talks about that, he’s not joking. He’ll be one of the guys that leads this company in the future. And just the fact that AEW exists, and it’s just doing so well, and doing so good for the business, it’s great to see.”

AEW is just getting started and they’ve already accomplished a lot as a company. Their roster is also full of young talent like MJF, Jungle Boy, Ricky Starks, and so many more who will undoubtedly keep fans entertained for the next generation as veterans like Jon Moxley, Chris Jericho, and others can’t work as often.