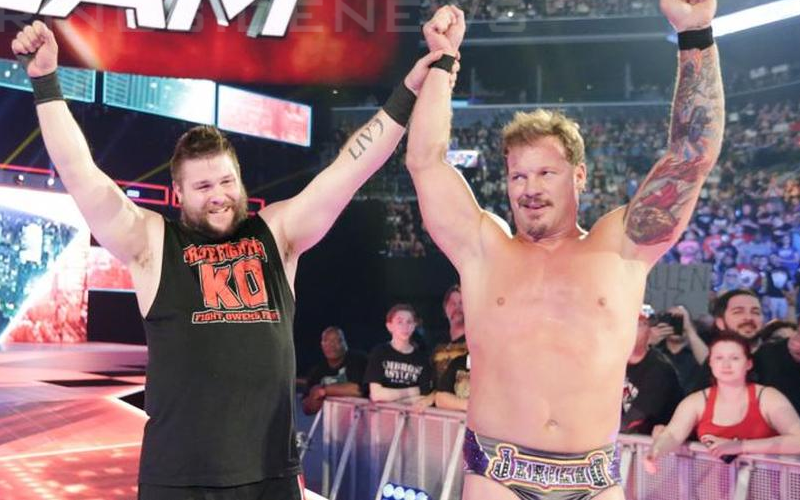 Fans look back at the Best Friends storyline involving Chris Jericho and Kevin Owens from 2016 with a lot of fondness because of the amazing moments that came out of their time working together in WWE.

The two men were a perfect fit for one another and provided the fans with some quality entertainment. Now, Jericho is in AEW and Owens is still thriving in WWE and they might not get to work together anytime soon.

On Saturday Night Special #21 (Transcription via Ringside News), Chris Jericho talked about his friendship with Kevin Owens and revealed if the two men still keep in touch.

Jericho said that the two of them still talk from time to time and they’re “definitely still friends”. However, both of them are extremely busy with their respective jobs and this makes it hard for them to sometimes keep in touch.

Even still, Jericho credited Owens for reinvigorating his love for the business back in 2016 when they worked together in WWE.

I speak to Kevin from time to time, you know. Definitely still friends. The only thing is when you are on the road, it takes you into different places and you know, you’re in different areas. So he’s doing his gig and he is super busy and I am doing my gig so I am super busy as well. So, you know, I love Kevin because he’s kind of reinvigorated my passion for the business in 2016.

Fans would love to see Owens and Jericho work together once again before it is all said and done. Both men have mutual love and respect for one another and their chemistry as a tag team or even as opponents is rare and remarkable.