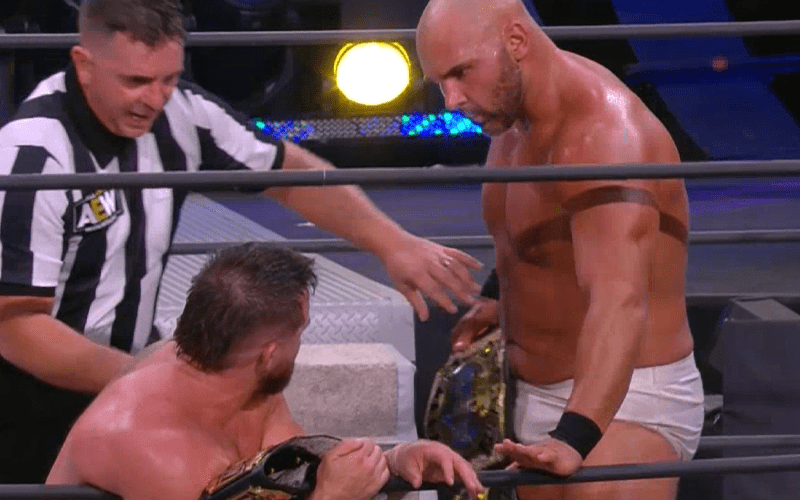 FTR walked into AEW with one goal in mind. They wanted to prove that they belong on the top of the mountain, and they were promptly placed in a World Tag Team Title match. That opportunity was seized at All Out.

FTR are no longer The Revival. They left that name behind them, but they proved that they are still top guys at All Out. After a lengthy match, FTR scored a pinfall and picked up the titles.

After the match, FTR laid a beer out for Hangman Page who took the pinfall. This was one amazing battle in Daily’s Place, and FTR left as the new AEW World Tag Team Champions.