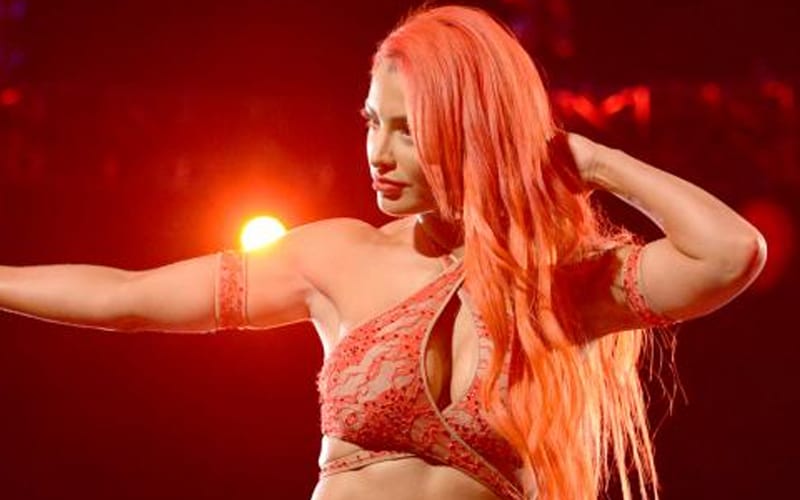 WWE dropped a very mysterious promo during SmackDown this week. The music from that promo is still stuck in our heads as we watched it at least 50 times trying to find a clue. There was no clue, but fans have a ton of guesses.

Names like Chelsea Green. Vanessa Bourne, Carmella, and even Tessa Blanchard were thrown out there. Former WWE Superstar Eva Marie was also a popular guess.

Eva Marie recently stated that she is open for a WWE return if they can make it make sense. This got a lot of fans wondering if she was already planning something.

The former Total Divas star commented on the mysterious video saying “legs for day.” It’s unlikely that the mysterious Superstar is Eva Marie, but this could certainly be a great way to get fans off the track if that was the case.