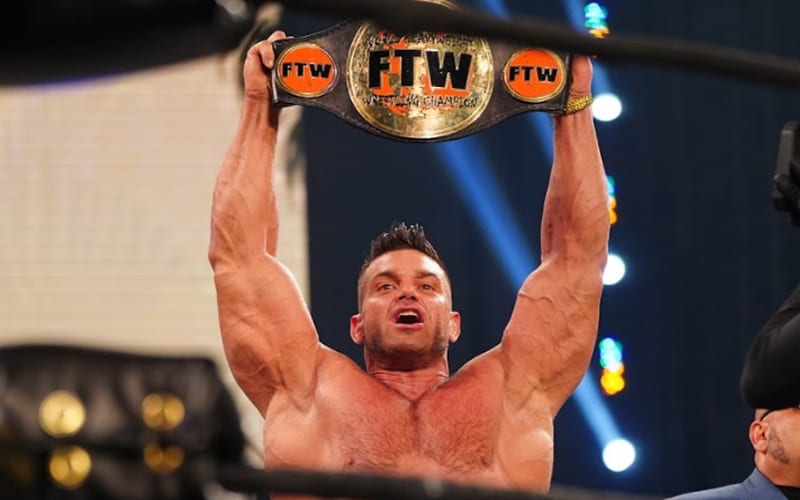 Taz brought the FTW Title to AEW, a championship that has never been formally recognized by any pro wrestling company. AEW has plans to use the FTW Title, but it won’t be in a typical way.

Tony Khan spoke to the media during a teleconference call to hype All Out. The pay-per-view is this Saturday and we will have full coverage right here at Ringside News.

Cassidy Haynes was on the conference call and he reported that Tony Khan had an interesting answer regarding the FTW title. AEW plans to use the title in a different way, but he didn’t go into much more detail other than that they have “big plans.”

Tony Khan says that the FTW title will be treated differently than other titles. He adds that they have big plans for the belt.

Brian Cage is currently the FTW Champion. That title hasn’t been really defended in AEW. You also never know what can happen in pro wrestling. AEW has some plans for the FTW Title so we’ll just have to wait and see what Tony Khan has in mind.