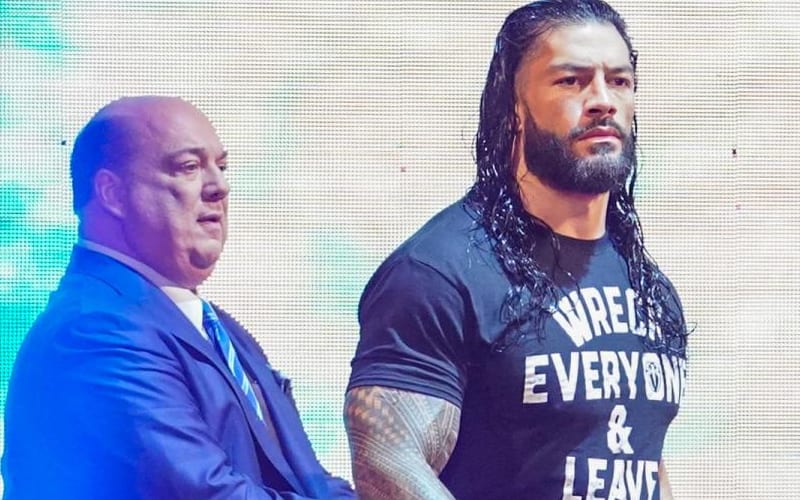 Roman Reigns shocked the world when he revealed that Paul Heyman is his new Advocate. Heyman soon ushered Reigns into a WWE Universal Title reign meaning that he has another champion client on his roster. Just don’t call Paul Heyman a manager.

Sam Roberts appeared on WWE The Bump today and he spoke highly of Paul Heyman. He did not refer to him in the correct context, and that angered The Advocate.

Heyman fired off a tweet directed at Sam Roberts while calling him “a schmuck.” He also stated that whatever happens between himself and Roman Reigns is their business. That being said Roberts probably shouldn’t speculate.

2 – I’m not a manager. When you call a @WWE Superstar a “pro wrestler,” THEN you can call me a manager. Get with the program

Roman Reigns is expected to remain WWE Universal Champion for a long time to come. The Big Dog is back in his yard and he has Paul Heyman by his side.

We will have to see what’s next for those two on WWE television. The company certainly needs more babyfaces for Roman to pummel down as he continues to wreck everyone and leave.