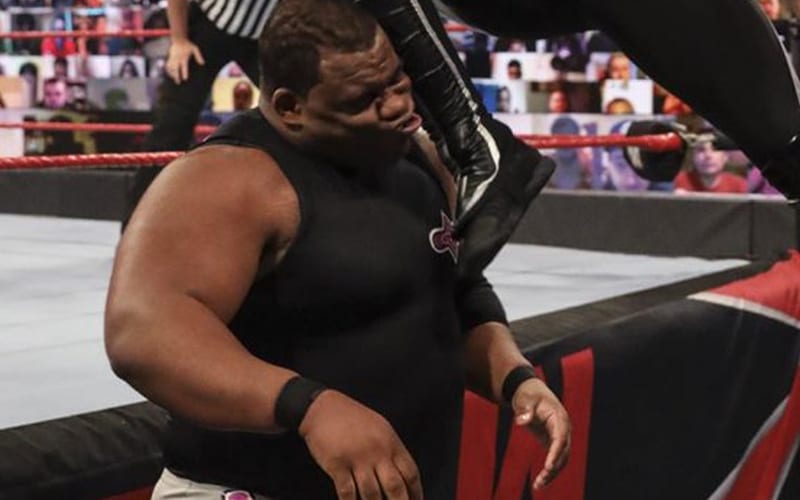 Keith Lee defeated Randy Orton at Payback, but the next night he was unable to defeat The Viper again. Orton pinned Seth Rollins instead of Lee, but it was still a moment that the Limitless Lee felt slip through his fingers.

Keith Lee is just getting started on the WWE main roster. He is set to receive a huge focus and push on the RAW brand. He tweeted out a photo of himself taking a knee to the side of the head along with a caption that relayed his thoughts.

It has been a very eventful first couple of weeks on Raw. I want to be upset. But… I am honored to have shared the ring with the people I have thus far. Here’s to competition. Here’s to growth.

Lee then said: “Also… BRUH” in reference to the knee from Rollins he was taking to the skull in that photo.

We’ll have to see what’s next for Keith Lee. He got off to a great start and has worked with some top names. He also seemed to leave things open for another match with Randy Orton in the future. Perhaps the next time they meet the WWE Title will be on the line.