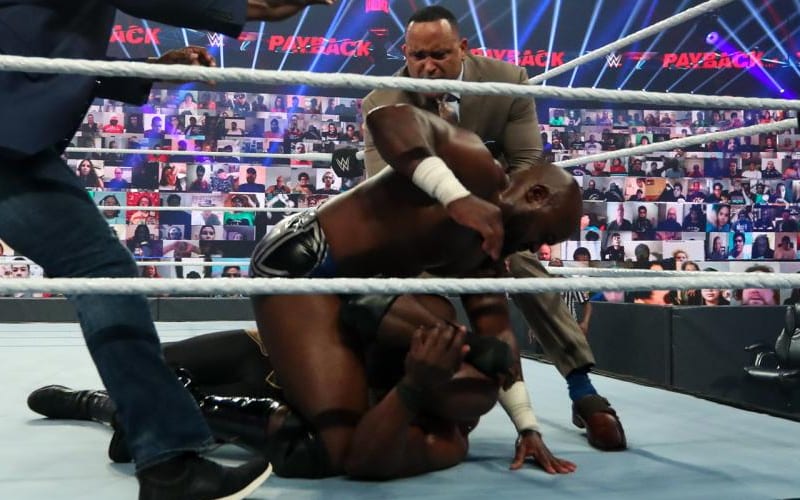 WWE Payback started the night with a title change. Bobby Lashley won the United States Title from Apollo Crews with a submission. After the match was over, Crews attacked Bobby Lashley before he ran off. Was this a heel turn?

Ringside News has learned that Apollo Crews jumped Bobby Lashley after their match “just to show Apollo has some balls.” This show of strength doesn’t necessarily indicate a heel turn is coming.

It was noted that “unless it’s a turn they haven’t told us about,” Crews is remaining on the babyface side of things. They did tease a heel turn for Apollo Crews months ago, but then he went back to being a smiling babyface.

Bobby Lashley is United States Champion, but Apollo’s beef with the Hurt Business seems to be only beginning.