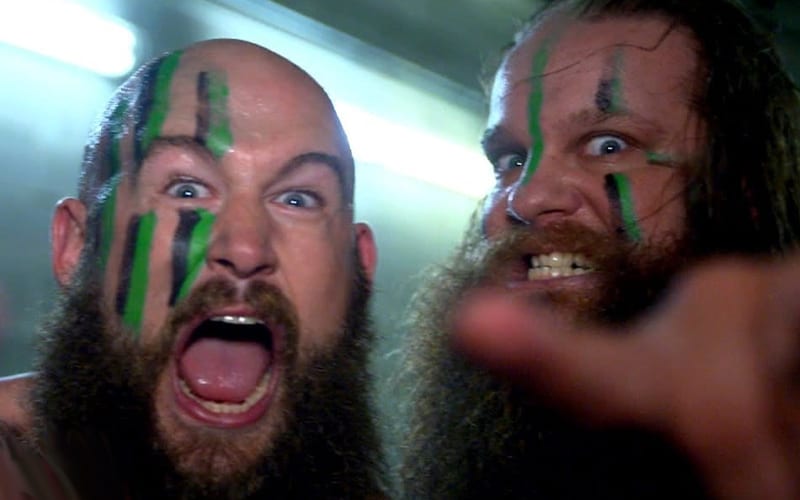 WWE NXT just saw new Tag Team Champions crowned as Tyler Breeze and Fandango finally won gold. They might already have a formidable pair of opponents ready for them.

The Viking Raiders know what it’s like to hold the NXT Tag Team Titles. They were champions for 109 days before they had to vacate the gold. Ivar and Erik’s main roster call-up meant they could no longer defend those titles.

Hey @WWEFandango congrats! been a Lonnnnnnnnng time since we tango’d maybe now is a good time…us Vikings have a thing for gold. you can bring the kid @MmmGorgeous with ya, i will have @Erik_WWE

The Viking Raiders have been heavily featured on RAW Underground in recent weeks. They love that environment, and they thrive it in as well. We’ll have to see when they get back to the ring, but they likely wouldn’t complain about a big title match for the black and gold brand.