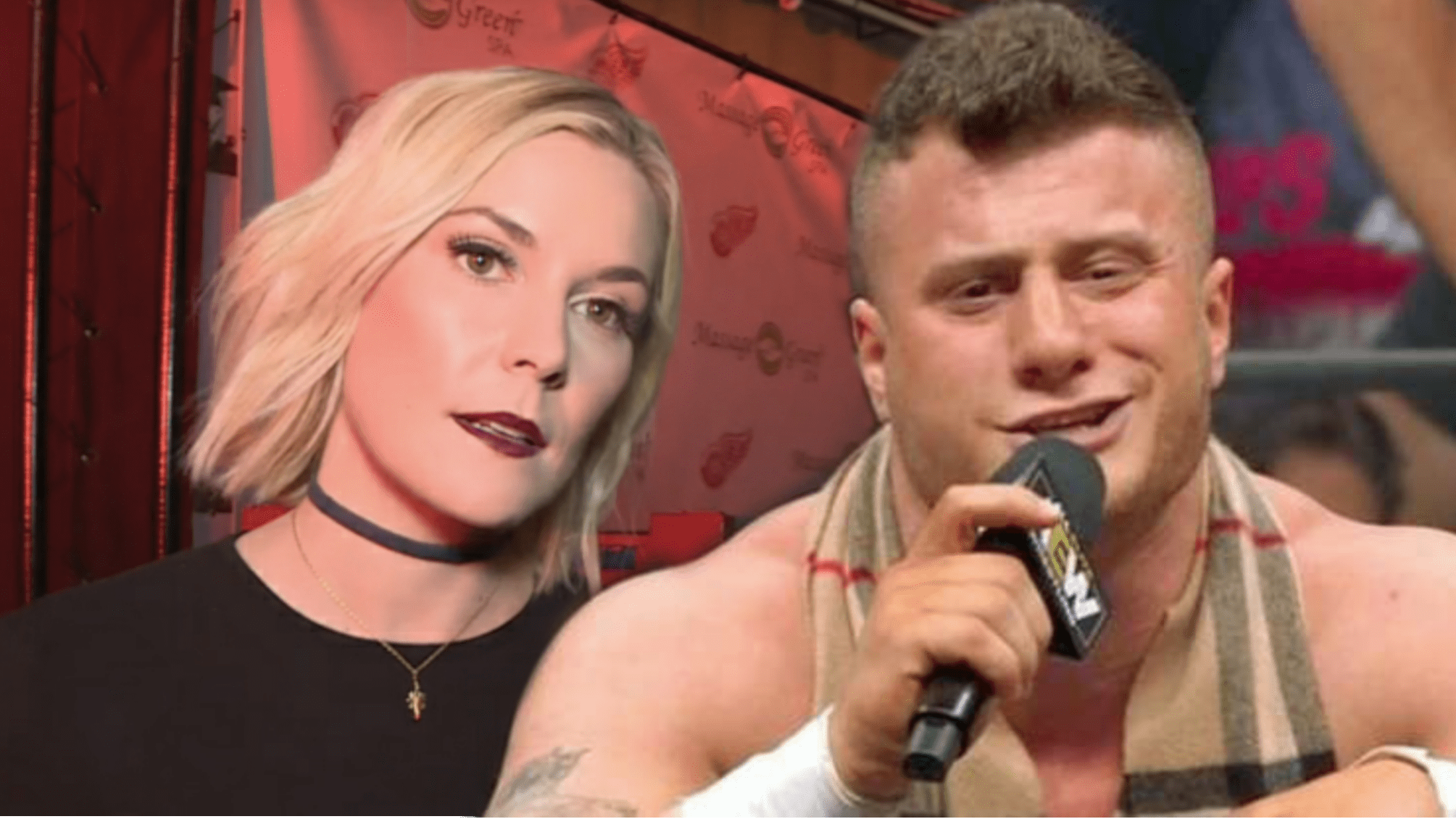 This week’s episode of AEW Dynamite featured a contract signing segment between AEW World Champion Jon Moxley and his opponent come ALL OUT, MJF.

During this segment MJF took major shots at Moxley by making comments on his wife Renee Young. Here’s what MJF’s exact words were in reference to Renee Young:

Unless Jon you are not man enough to beat me without the Paradigm Shift, and well Jon, if that’s the case, maybe you should tell that hot little wife of yours I am single.

Renee Young reacted to MJF’s comments on her on Twitter. When a fan brought up the topic to her attention, Young simply wondered what MJF’s problem was.

Renee Young is enthusiastic about her future outside of WWE and according to a recent report, she might very well be on her way to AEW.

Maybe Young could show up in AEW to shut MJF up and join forces with her husband and AEW World Champion Jon Moxley.

Do you want to see Renee Young in AEW? Let us know in the comments below!