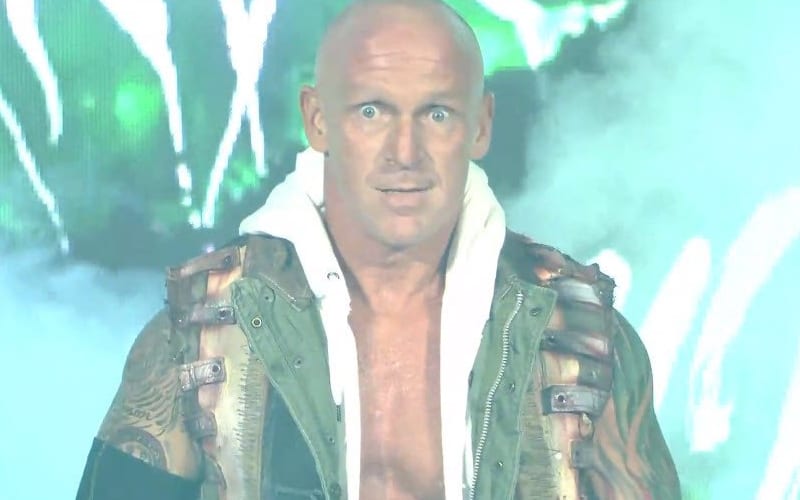 Eric Young was released from WWE on April 15th, and he was never given much of an opportunity to shine on the main roster. He is already making a much bigger mark in Impact Wrestling.

Young once told McMahon to his face that he failed as a leader. He still feels that way.

While speaking to the Shining Wizards Podcast, Eric Young discussed how he feels Vince McMahon has failed as a leader. McMahon was the only man needed to look at Eric Young and say that he couldn’t be an asset to WWE. That doesn’t change what EY knows about his own self-worth.

Having one person decide that I’m not part of a show, that doesn’t change my thoughts on what I have to offer.  I’ve said this before, and I’m sure you guys have read it.  Vince McMahon failed.  He’s a super genius.  Wrestling exists the way it exists because of him.  I live in this house and have this life because of what he’s done.  He’s got way more wins than he has losses.”

“I am not the first person he made a mistake on.  I will not be the last.  But if you have a three hour television show, Monday Night Raw, and you can’t find five minutes for me to do something, then you failed as a promoter.  You failed as a booker, and trust me, nothing is written, and nothing goes on the show without his approval.  It’s all him.  So if there’s something you like, you gotta give him credit.  If there’s something you don’t like, then you gotta blame him.  Because it’s all him.  All of it, every single second of every single show is decided by him and he decided, and whatever he decided on me, he decided very early on.  And I wasn’t able to change his mind and that’s fine.  That’s business and that’s the way it goes.”

“But I would say it to him in person and I would say it to his face:  He failed as a leader of that company.  I’m proving myself right every week.  Watch.  And, there’s no bitterness to it.  Like, I was very well taken care of there.  I was very well paid.  All the people there are super talented, ya know, cream of the crop and best of the best production wise.  Show wise.  Everything.  It was an amazing experience.  Not working on the shows was not amazing.  Not being part of something wasn’t amazing.  That’s just the way it goes, man.  Fate is a funny thing.  It wasn’t meant for me to be there, and that’s his loss and their loss.  I don’t hold any ill will towards them.”

“My time in NXT was amazing.  Triple H is one of the coolest bosses I’ve ever had.  We are still friends and talk quite often, still.  It was a very, very special time in my career.  The main roster run, I could have done without, but you’ll learn, I mean, you’ll learn tons of stuff.  I can say that I worked there which was a goal of mine my whole life, since I was three years old.  It didn’t go as planned, but that has nothing to do with me, and anybody that’s listening to this right now or reading the transcript or anything, if you think that me being in that position had anything to do with my skill and ability, then you’re sadly mistaken.  And this happens every day in every walk of life.  Politics are strange.  And no one knows why it happens, but it did.  It allowed me to move on to IMPACT, and I didn’t know If there was going to be an opportunity.”

Eric Young had a lot of great things to say about NXT, and for good reason. As leader of SaNITy, he was able to command a stable of chaos. Then they moved to the WWE main roster without Nikki Cross, and things dwindled in a hurry.

Now Eric Young can look at WWE in the rear view mirror as a valuable experience in his carer.

Thanks to PW Insider for the quote