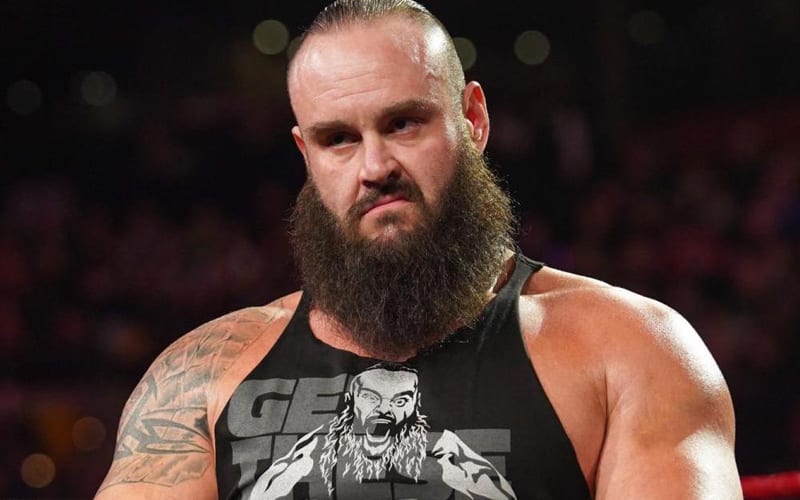 Braun Strowman worked hard in the strongman circuit prior to entering WWE. His road wasn’t an easy one, and there were some very dark valleys along the way.

During the latest episode of WWE Chronicle, Braun Strowman admitted how dark things got for him prior to coming to WWE. He was on the verge of making a decision to end his own life. This was prior to finding WWE and discovering his new calling in life as the Monster Among Men.

“I got to the point where I was on the verge of I had enough. I kind of busted in on Vince one day in a meeting and I was like ‘I need to talk to you’ and he kicked everybody out of the production meeting and he sat down and talked to me. Not like boss to employee but like man to man, almost like a father son talk thing.”

“I’m very thankful to have a relationship with him like that because I might not even be here. I don’t even like talking about this out loud but I was thinking about killing myself a couple of times. That I got to that point, I should have talked to somebody sooner. I never knew how much he cared about me. I thought I was just a number in a system. That day he made me realize that I’m more important than a number I can’t thank him enough for doing that.”

Braun Strowman lost the WWE Universal Title at SummerSlam, but he is still in a top position with the company. He will continue through life and appreciate his success. Knowing how hard things got at times makes things all that much more worth it.