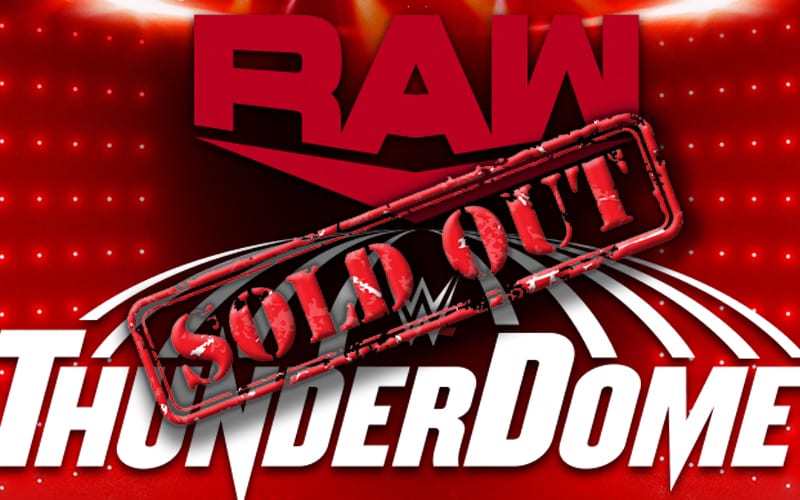 WWE’s new ThunderDome is really taking off. Fans are noticing a change in not only the company’s presentation, but the viewership numbers as well.

The company’s Virtual Fan seats are already claimed for Payback. On Saturday, WWE released their fan seats for RAW on Monday, and those were claimed in less than an hour.

The ThunderDome was a huge undertaking. They are using a mixture of virtual and actual fan sounds as well. Kenny Omega even got in on the fun.

Some ThunderDome seats have been abused by certain fans. That is not okay, and they have been banned for displaying disgusting images. WWE is doing what they can to make sure that doesn’t happen again.

The ThunderDome also caught a fan shaving during SmackDown this week, but we’re not sure if WWE banned him for that. You can check out that clip below.