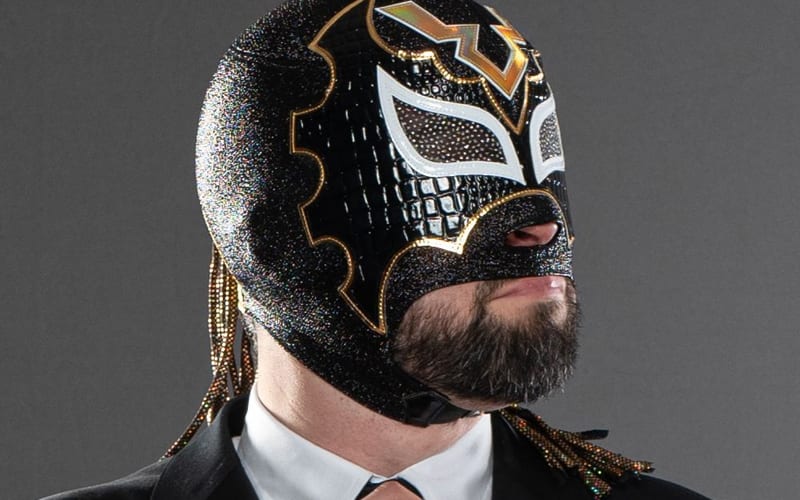 Excalibur didn’t return to Dynamite as he was scheudled this week, but he did still work on Thursday night.

According to Wrestling News, The AEW announcer has been out of action since old footage from a PWG show resurfaced showing him using racial slurs. He hasn’t been back on AEW television since.

Excalibur was featured in AEW Dark’s tapings. He was in the building and Jim Ross even snapped a photo with the masked announcer prior to the show.

Chris Jericho filled in on commentary during AEW Dynamite. Excalibur’s name hasn’t been mentioned on AEW television since the controversy happened. Kevin Owens was also featured in one of those videos using the N-Word as well.