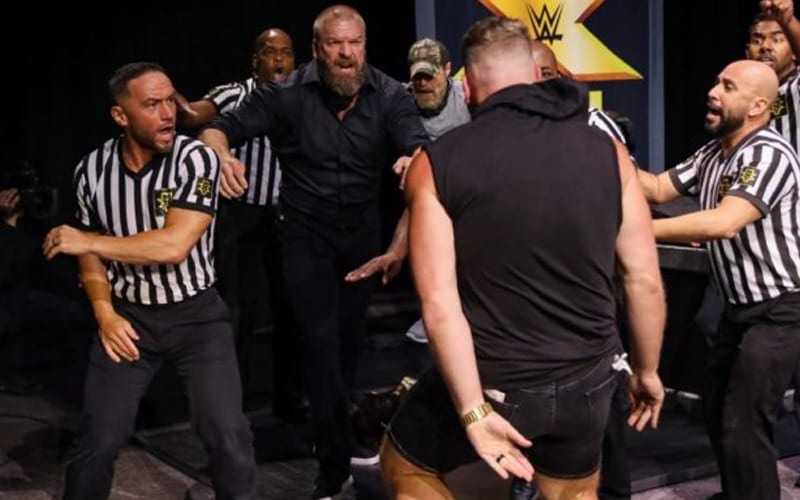 During After The Bell, Pat McAfee implied that he wouldn’t mind having a match with Triple H. The Game shoved McAfee out of the building pretty hard after the former NFL player punted Adam Cole in the skull.

McAfee noted how Triple H pushed him twice which might have indicated that he was testing him. In the end, Pat McAfee said he doesn’t know what to make of that physicality with Triple H.

“Triple H pushed me pretty hard at that NXT arena, didn’t he? That first push was like, ‘Okay. He’s trying to back me up.’ The second push was like, ‘excuse me, pal.’ We’ve had conversations since then, obviously, to handle the business of the match and everything, but I’m thinking deep down inside there whenever he was pushing me, there was a little bit of a thought of, ‘if this guy falls down on his ass, I’m completely okay with it.’ I don’t know how to feel about that. I don’t know how to feel about that.”