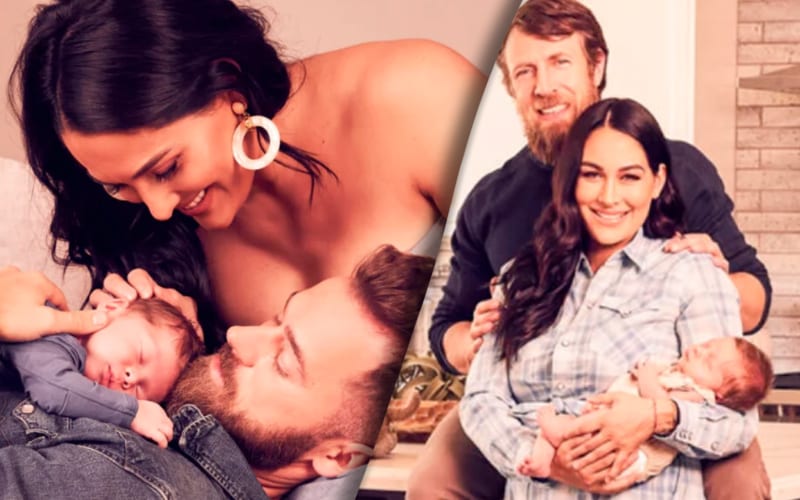 Nikki Bella and Brie Bella had their new babies so close together those cousins might as well be twins. Now they are revealing the names of their new sons to the world.

People got the exclusive on the Bella Twins’ new baby names. They were not revealed at the time of their birth. Many fans were expecting that the reality star twins would save the big news for a major publication’s exclusive.

Nikki and Artem Chigvintsev named their child Matteo Artemovich Chigvintsev. Brie and Bryan Danielson named their new bundle of joy Buddy Dessert Danielson. Nikki wrote about how important it was to share their stories in an Instagram post.

It was so important for us to showcase the real and raw side of postpartum. Brie and I here are less than two weeks postpartum. Most wouldn’t do photo shoots but we wanted to embrace the beauty of being new moms. The lack of sleep (literally have welts under my eyes from not sleeping lol), the glow, the weight gain, the excitement, the overall beauty of postpartum and motherhood! And just so grateful People let us showcase that! Swipe up in my IG stories to read our labor stories,

Matteo and Buddy are likely to become reality television stars before they are able to walk. They also might have interest from WWE before they graduate high school. We’ll have to see what’s in the future for these latest additions to the Bella Army.