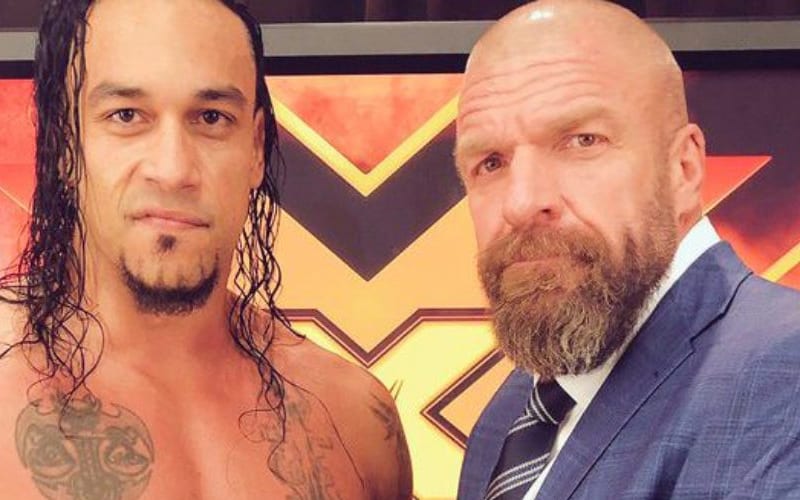 While speaking to Pro Wrestling Sheet, Priest explained that he’s not doing a character anymore. He is representing himself which is something that he received special permission from Triple H and Shawn Michaels to do.

“What you see now is not a character. I’m not pretending. I’m not doing somebody a favor by doing a job the way I’m asked to portray a certain persona. I’m not doing that anymore. Hunter and Shawn gave me their full support too. ‘Hey, go out there and be yourself!’ And I finally figured out how to do that. So now I’m really just being me. All the time. 24/7. And I love it because I don’t have to stop and go.”

“It’s a cool story. I was talking or doing something and Triple H heard me. Then he pulled me aside and we were just talking. Then he started telling me about advice that Undertaker gave him about when you learn how to be yourself, you’ll make a lot of money in this business. That’s what Undertaker told him. Then he tapped me on the chest and basically said, ‘now I’m telling you that.’

I didn’t realize it until he said that, that although they had been for months telling me ‘hey, you can just be you now,’ I was still pretending to be a version of me. Or I was pretending to be who people thought I was, instead of really being me, and I think that day it hit me.

It was even the way I was speaking in promos, where I felt like I had to have a certain voice and I had to sound a certain way. Instead of just talking like I’m speaking to you right now. And Shawn would be on me about that too. He was like, “Hey, you’re a pretty cool guy. Just be you.” I think finally leading into that match, I think that’s when it finally all came together and I haven’t looked back since. Obviously working with Finn Balor makes it really easy to go out and put on a great match too.”

WWE’s NXT brand is full of Superstars with loads of potential. We’ll have to see what’s next for Damian Priest, but he will continue with the NXT North American Title while presenting a version of himself that he is finally comfortable displaying in the ring.