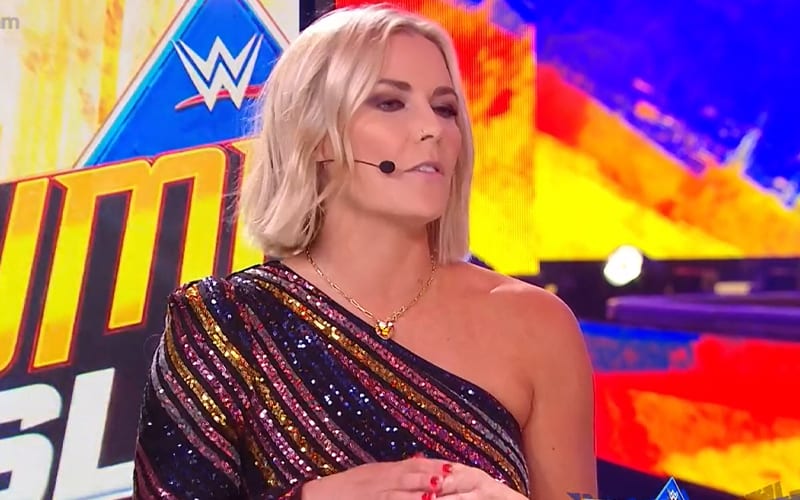 Renee Young left WWE after SummerSlam. She was able to say goodbye during the kickoff show, but she likely won’t be saying hello to another pro wrestling audience any time soon.

Renee Young is married to AEW World Champion Jon Moxley. It was widely assumed that her showing up in AEW was bound to happen. That might still be a possibility, but it’s not happening immediately.

During Wrestling Observer Radio, Dave Meltzer noted that it is believed Renee Young was granted her release from WWE, but there is a non-compete clause attached. It wasn’t noted how long she isn’t allowed to compete with WWE, but he said it will be “for a while.”

It was noted that “people will look at the contract to find out what it is and isn’t.” It would only be a non-compete clause in regards to her working with another pro wrestling company.

Renee Young has a cookbook coming out, and she is very capable to talking about more than professional wrestling. If Young got set up with a gig hosting a NHL news show tomorrow it wouldn’t be competing with WWE at all.

WWE non-compete clauses for Superstars are typically 90-days. We’re not sure if this is the same situation for someone like Renee Young. We’ll probably know for sure in about three months if she pops up on AEW programming in some fashion.