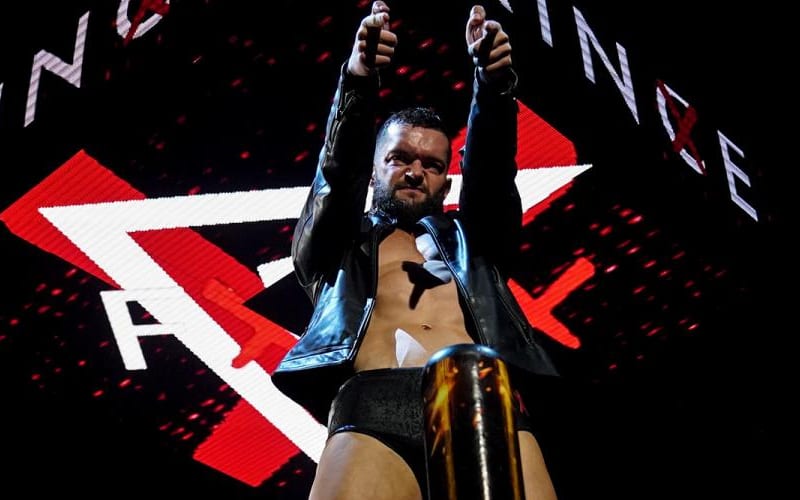 Finn Balor wasn’t a tattooed Superstar when he signed with WWE. In the last couple of years he got some ink. The last year was filled with Balor showing up with a new design on him every now and then. Now he has more.

The dinosaur on Balor’s arm isn’t alone anymore. Now he has some new artwork to keep him company. The first-ever Universal Champion sent out a tweet with a video showing off his new ink with a caption describing his pieces.

Famous Artist, a popular Internet Wrestling Community account is known for his trademark design doodles. Cima even used one of his designs on a t-shirt recently. He tweeted out a request to design one of Balor’s next pieces. “I would be honored famous artist,” Balor tweeted back.

Balor then said that he needs Famous Artist’s help with a Machine Gun Karl Anderson tattoo. Famous Artist had the perfect design in mind.

It sounds like Balor isn’t finished getting ink. What do you think of the sleeve he’s creating? Sound off in the comments below!!