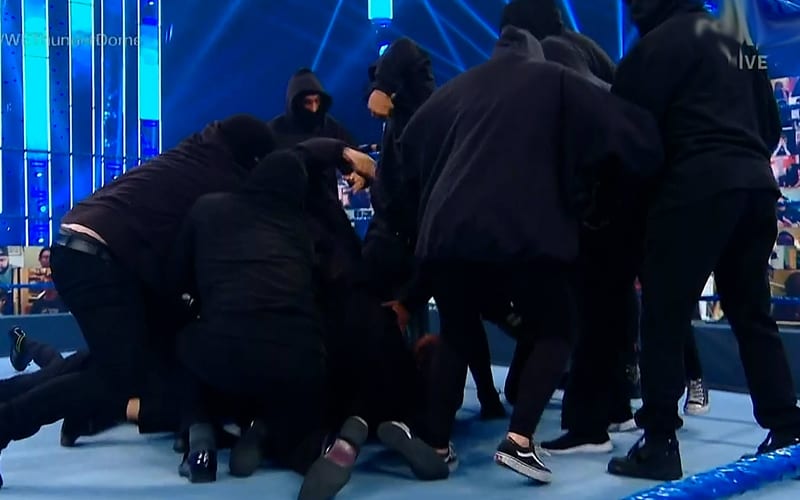 WWE saw the invasion of a new stable of masked Superstars. Retribution is attacking whenever they like, but they might have a top Superstar behind their actions.

WWE will sometimes drop hints when they have an idea about what they are doing next. Sometimes those storyline breadcrumbs are forgotten about, and it’s there’s no harm in that either.

The Miz seems to be involved with Retribution in some fashion. Last week he nearly missed a Retribution attack while saying that he was on the phone with Maryse. During this week’s episode of Friday Night SmackDown, The Miz came out only after Retribution was run off by the second wave of Superstars.

This could be foreshadowing, but you never know what can happen when Vince McMahon makes things up as he goes. It definitely seems like WWE wants us to look at The Miz’s involvement with Retribution.