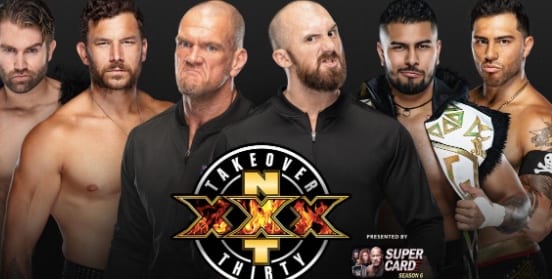 The match is set to determine the new number one contenders for the NXT Tag Team Championship, as NXT continues to build and improve on their tag division.

All three teams could have a chance of walking away with the win, but only one is considered to be the favorites.

In terms of the odds, the surprise favorites to take home the victory are actually Oney Lorcan & Danny Burch at 8/11. Next up we’ve got Breezango who are priced at 9/4, whereas Legado del Fantasma are the distant 7/2 underdogs.

LDF have been viewed as a faction with real potential in NXT, but it appears as if their time to shine has not yet come – then again, this could be a great opportunity to put some money down on a team that may ‘shock the system’ this weekend.