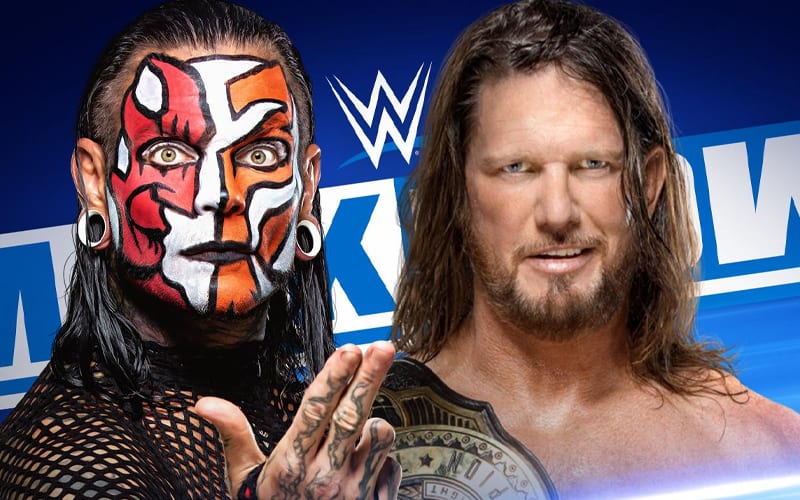 WWE is ushering in a new era this week as they bring fans into the ThunderDome. The company has a big show in store for fans live on FOX as they kick things off.

AJ Styles will put the IC Title on the line against Jeff Hardy. That is a match which came together rather quickly. It wouldn’t be a big surprise to see that match payoff at Payback in some way.

Braun Strowman will be on the show this week and he has one final message for Bray Wyatt before they collide at SummerSlam.

The Lucha House Party will get a SmackDown Tag Team Title opportunity this week. Cesaro and Shinsuke Nakamura don’t plan on letting go of those titles without a fight.

Big E will also take on Sheamus in singles action as Big E’s singles tour continues. You can check out an official bullet point preview from WWE below.