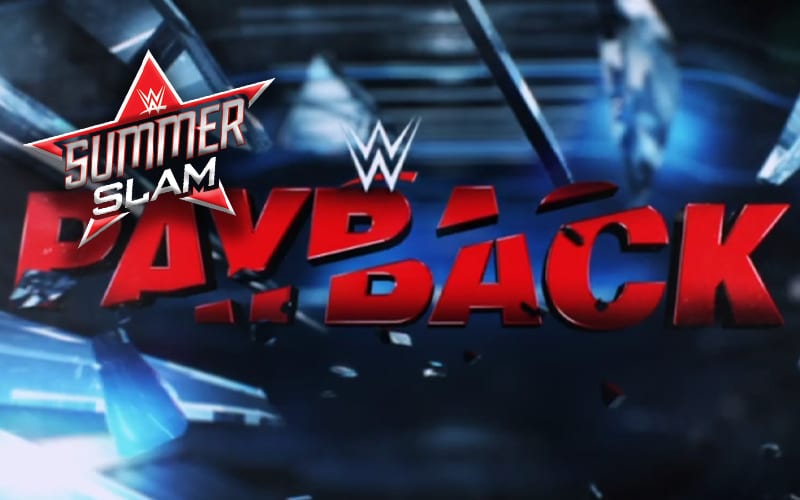 WWE is holding Payback on August 30th one week following SummerSlam. The reason for this pay-per-view has been a matter of debate since it is happening so soon after the biggest party of the summer.

Ringside News exclusively reported that WWE isn’t trying to pull a “scorched earth” move by booking Payback on August 30th. If they wanted to book a special event on September 5th to directly compete with AEW All Out they have all the power in the world to do so.

Dave Meltzer stated that WWE is using Payback as an experiment. They will likely close out SummerSlam with a big angle that needs immediate retribution (pun intended).

Just an experiment to see how it works. They must have an idea for a hot angle coming off SummerSlam that they felt needed an immediate follow-up. That or, it was just an idea they are trying.

WWE has a lot of things going on right now, but only one match booked for Payback. That match isn’t even complete because all we know is that the WWE Women’s Tag Team Titles will be on the line.

The company needs to book an entire pay-per-view event in a very short amount of time. As Ringside News exclusively reported they have been batting around plenty of possibilities for Payback without being able to land on anything.