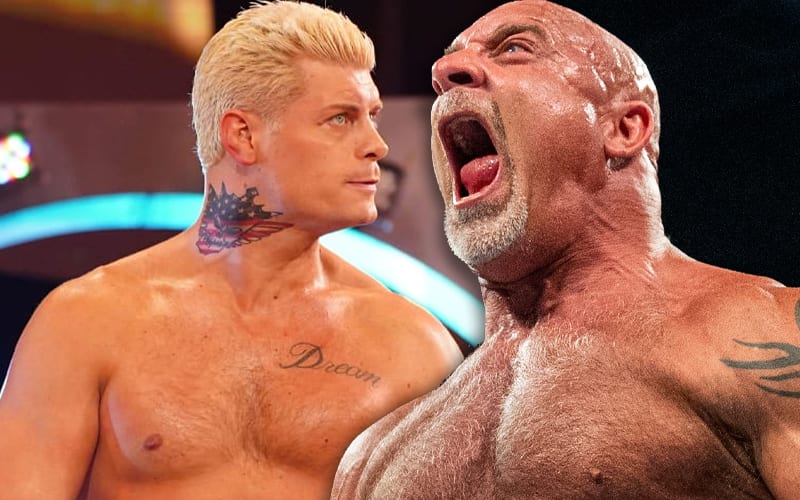 Goldberg’s name brings a lot of attention, especially when he is scheduled to take part in a pro wrestling match. He doesn’t work very often anymore but there was a rumor that AEW had plans for him to come in for an undefeated streak.

Jim Cornette sparked this rumor on his podcast, but Cody Rhodes had to shut it down. One fan tweeted a reply to a story about Goldberg coming into AEW and said: “Sooooo Cody and Tony Khan wanted Goldberg to come in and bury Kenny Omega, Jon Moxley, Christopher Daniels, Kaz, Brian Cage, Darby Allin, Luke Harper, Lance Archer, Matt Hardy?”

Cody replied saying: “This isn’t real. We had no contact ha.” That should clear up the rumor and innuendo in this situation.

Goldberg has at least two more years on his current WWE contract. He confirmed that today. It might have been very interesting to see Goldberg come into AEW, but it’s not in the cards, nor is it anything that Cody and Tony Khan planned.