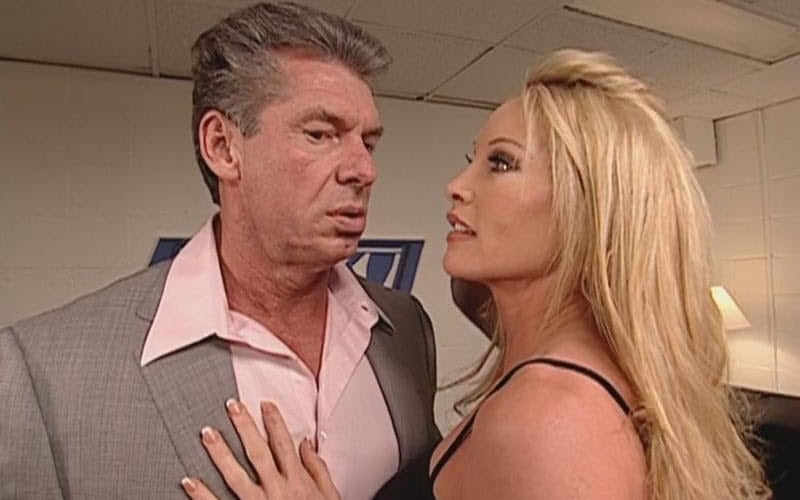 Sable left WWE in 1999, but prior to that she was one of the biggest draws in the company. Then she filed a $110 million lawsuit against WWE. The lawsuit surprised Jim Ross as he revealed on Grilling JR, but she certainly had some backstage heat in the company.

Jim Ross explained that Sable “listened to the wrong people” and this got her a bit of heat. She was thought of as being “egocentric,” and that came with her becoming “too big for her britches.”

They weren’t going to release Sable because she was a huge name. Just having her come out and wave to the crowd sold tickets. She still wanted to begin distancing herself from the company and branch out into acting.

“She listened to the wrong people. You can look at it in a zillion ways. It comes back down to me as being egocentric. Every pro wrestler has a varying amount of insecurities and anxieties, every one of them. Some to a degree that it is counter productive, and some to a degree that motivates them to be great and stay great. But she got a little too big for her britches.”

“We were not going to release her. Not seeing Sable in a match, having her in a house show when she was there as an attraction, it was nice, but we didn’t have to have her. She was trying to ease out of the wrestling world to try her hand in a Hollywood thing. It’s every little girl’s dream. It didn’t come as a shock.”

Sable claimed that WWE made her work under unsafe conditions in the $110 million lawsuit. Jim Ross didn’t expect that, but he also didn’t take it that seriously as he considered that Sable was firing off a “nuisance lawsuit.”

Sable is now married to Brock Lesnar. So, her family is still racking in millions of dollars from WWE one way or another. She doesn’t come around to reunions, and hasn’t been seen at the WWE Hall Of Fame. Perhaps a day will come when Sable comes back to WWE television. That day doesn’t seem to be coming any time soon.