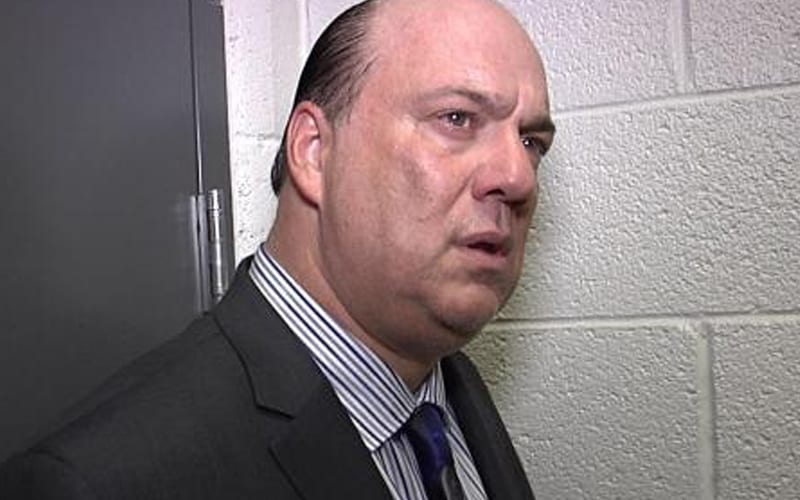 Paul Heyman has been called quite a lot of things. Madusa called him a dick during a Q&A event, but she meant it in the best way possible.

Heyman saw a video of Madusa telling a story about him. She did call him a dick, but then she followed that up by saying that Heyman is one of her best friends. The former RAW executive director sent out a video of Madusa at the Q&A along with a message to thank her for the kind words.

“I was so enamored with #PaulHeyman, because he was such a dick!”

I don’t think I’ve ever loved @Madusa_rocks more than I do this morning!

I am LMFAO so hard, there are tears rolling down my face. Wouldn’t that be LMFFO (Laughing My Fn FACE Off)?

Madusa replied to Heyman saying: “Paul… my favorite mr. dick.” This prompted Paul Heyman to send back a tweet some time later.

Thank you, @Madusa_rocks, for being sure to put the word MR. in front of that statement, because that statement would have an entirely different meaning and context without it. Ahem …

Madusa had a reply all ready for Paul Heyman as she shot back saying: “Great things never die. Neither do legends. And in my eyes you’re a great legend and have helped me immensely during my career. I love you Paul BUT one day we WILL square off to finish what I owe you from 28 years ago… Always be looking over your shoulder on Halloween.”

Paul Heyman influenced a lot of careers during his time in the pro wrestling business. He also made a lot of positive impressions, even if those people who love him the most freely call him a dick in public.