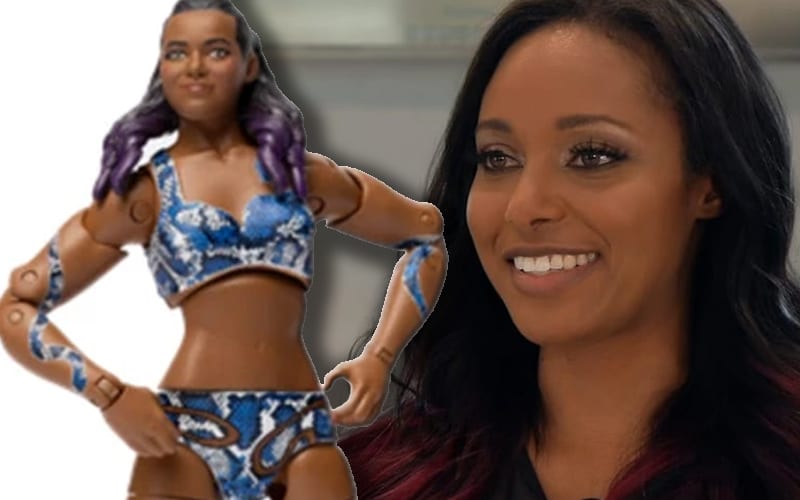 Brandi Rhodes was in WWE for years as Eden, but she never got her own action figure. Things changed when AEW opened their doors.

Rhodes was included in the first line of AEW action figures from JazWares. She is the first female in the line, and no females will be in series 2 of the JazWares line either. That means Rhodes will remain the only female in AEW’s action figure line even longer.

While speaking to Busted Open Radio, Rhodes brought up how excited she was to have an action figure. Now the action figure is here, and they have a cute nickname for her too.

“First action figure was teased like a carrot dangling in front of Bugs Bunny for many, many years about an action figure, but here we are, and she’s stunning. She’s so pretty,” Rhodes remarked. “Little Bran Bran is what we call her.”

Brandi Rhodes is getting time in the ring as part of the Nightmare Sisters with Allie. That team is building up momentum on AEW Dark, but Rhodes also has her job as Chief Brand Officer of All Elite Wrestling. Needless to say, this is a very exciting time for Brandi Rhodes, and the big moments are still coming.