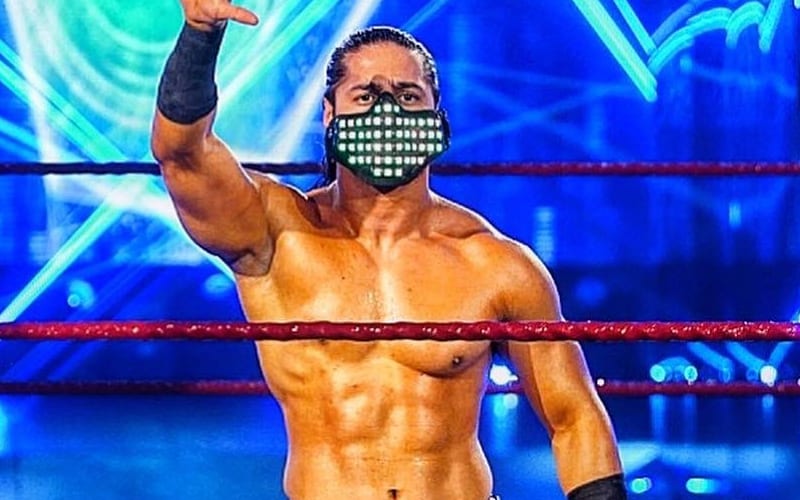 Mustafa Ali sat at home for over half a year, and it wasn’t by choice. WWE brought him back and it was a big moment on Raw. Now Mustafa Ali is on Main Event, and missing from Raw again this week.

Ali might not be on television, but he is still on the roster. Someone in the merchandise department must realize that he also has fans who want to own a replica of his glove.

WWE is now selling Mustafa Ali Light Up Replica Gloves for $39.99. He might not be used on television, but WWE is cashing in on his popularity one way or another.

The jury is still out on whether Ali will get another run on television along with this new little merchandise push.

Since his brief, yet triumphant return to television, Mustafa Ali was also given a new official WWE t-shirt. You can check out some of the merch the company dropped below so you can complete your Mustafa Ali Halloween costume a couple of months early.