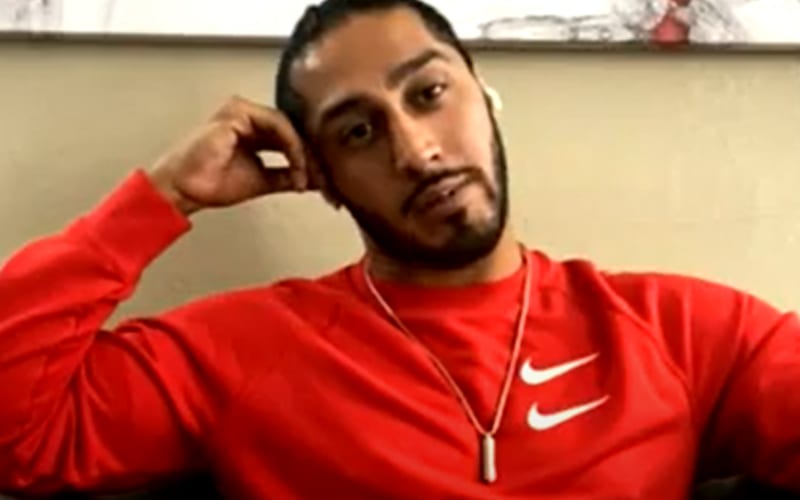 Mustafa Ali returned to WWE television just a couple of weeks ago, but he wasn’t on RAW this week. Instead, Mustafa Ali is waiting for his next opportunity on the red brand.

Ringside News exclusively reported exactly what went wrong with WWE’s hacker gimmick for Mustafa Ali. There was a lot going on behind the scenes, but it didn’t translate into any push for Ali.

While appearing on WWE The Bump, Mustafa Ali discussed his forced hiatus at home. WWE kept him off television for seven months which also included a build for a new hacker character that was eventually nixed. Ali is ready now and in the best shape of his career.

“You know time off is hard when it’s not your choice. It’s one thing to be injured, it’s one thing to be spent — whatever the situation is. I was off because I was off and at that time it’s very — again I keep going in the mindset of a performer. I want people to understand that this isn’t someone who’s mad, this is someone who is so passionate and wants to perform and is trying to figure out why he’s not loved and there’s no real explanation and for someone who’s passionate about something you can understand how frustrating that can be.”

“You know and again, I go back to what I said before instead of sitting and complaining — whatever ‘when they call me, they call me’ — I got to work on my body. I’m in the best shape of my life right now. I’m in my prime right now. I can hang with anybody. I know you’ve had me on the show before. It’s not a shift in attitude. I believe that every six months you have a new obstacle in front of you and right now it’s my time to claim what’s mine. Like right now. I’m in my prime. I’m ready to go.”

It wasn’t easy to sit at home for seven months, but Mustafa Ali is back and ready to work. WWE put him on Main Event this week, but he will take any chance he can to continue proving himself.

We’ll have to see what’s next for Mustafa Ali next. His friend Mike Bennett went to bat for him several times on social media. Bennett isn’t alone in thinking that WWE needs to give Mustafa Ali a bigger opportunity.