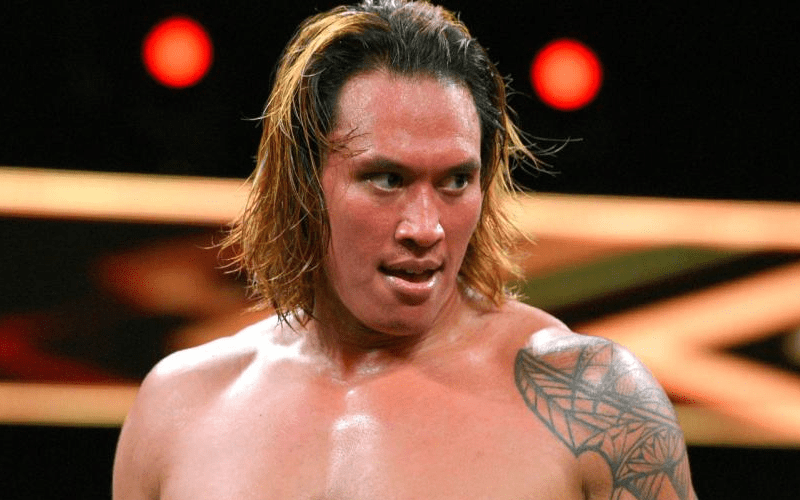 Superstars will sometimes drop off of television without any reason given. Some fans wondered what happened to Kona Reeves, but he’s been out of action rehabbing an injury.

Kona Reeves was recently a guest on Dan Matha’s ‘Spark In The Dark’ podcast where he revealed that surgery was needed on March 14th to repair a torn labrum in his shoulder.

When it comes to a return, Reeves hopes that he will be able to get back in the ring and start training in the next couple of months. This injury took place during a crazy time in the world. Reeves hasn’t just been sitting at home, because he has been in the crowd during NXT and main roster television tapings.

“I am, I am [getting ready to make a comeback]. Been out for about, what is it? I got surgery March 14th. My last match was with you [Dan Matha].”

“I had five anchors put inside of there. I was taking a clothesline in the six-man that we were in, over the top rope and I was coming down. My shoulder hit the apron pretty hard and just whoop. Popped out and I could tell right away. I remember you came up to me and you’re like, ‘Yo! Kona! What’s up man? You good?’ I’m like, ‘Nah dude, I think my shoulder’s out.’”

“I am looking forward to coming back. They said maybe a month from now, I can probably start getting back in the ring and then two months I’ll be cleared. So, I’ve just been on the grind right now man.”

Kona Reeves believes that he will be able to thrive in the zero fan environment that WWE is currently dealing with. He has a great look and could have a big future in the company, but he needs to get over this injury setback first.