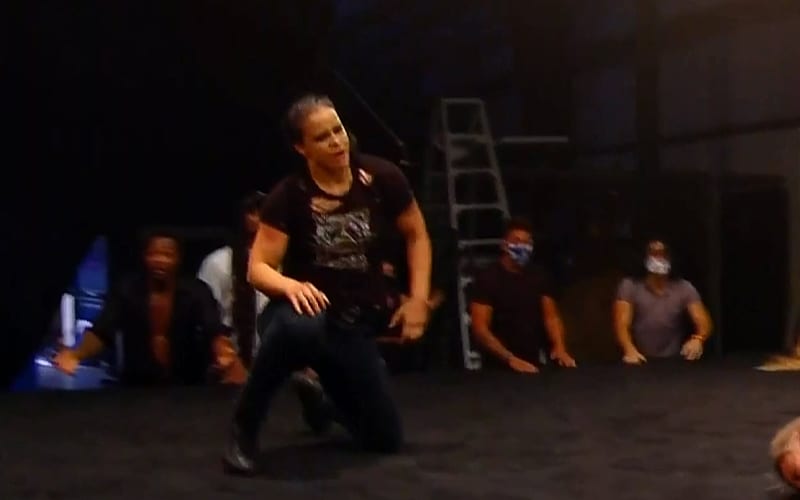 WWE ran another Raw Underground segment this week and they delivered a couple surprises. An NXT Superstar made his debut, and then Shayna Baszler showed up looking for a fight.

Click here for our complete coverage of WWE Raw this week

Shayna Baszler stepped up to Dabba-Kato, but he didn’t fight her. This caused Baszler to go on a search for a new opponent. She stepped up to a random female in the crowd and laid in a forearm shot.

Baszler then got in the ring and started destroying females all over the ring. After causing lots of chaos, Baszler had her hand raised by Shane McMahon and she was declared the winner.