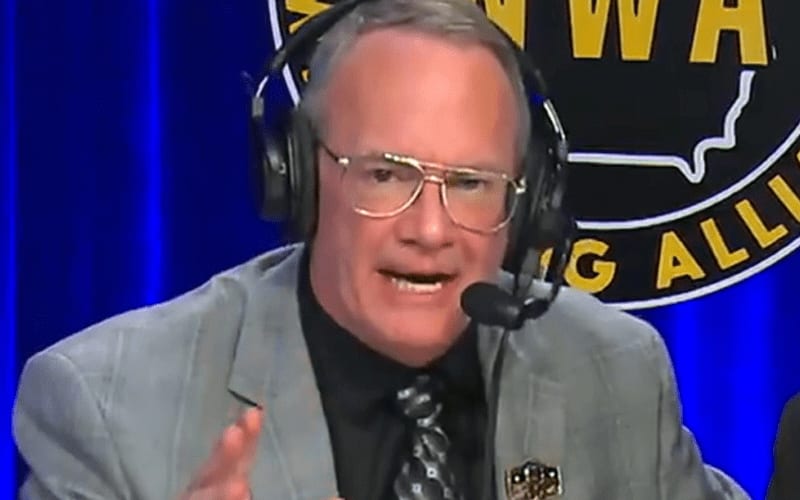 Chris Jericho had enough of hearing what Jim Cornette had to say about AEW’s television show. Le Champion did the most logical thing he could and he banned Cornette from watching AEW Dynamite from now on.

Jim Cornette is no stranger to getting banned from things, especially in the past few years. He fired back at Chris Jericho and made reference to the Fozzy concerts that are taking place during the pandemic.

Chris I appreciate your consideration of my sanity, but I do it as a service to the wrestling fans. They need some measure of comfort in these cosplay times we’re in. But don’t worry–I NEVER watch “Dark”. P.S. Careful of the drooling bikers. #LittleBitOfTheVirus #COVIDGod

It doesn’t seem like Jim Cornette was too broken up about not being allowed to watch AEW Dynamite anymore. Odds are he won’t pay much attention to Y2J’s ban and he’ll watch whatever he likes.