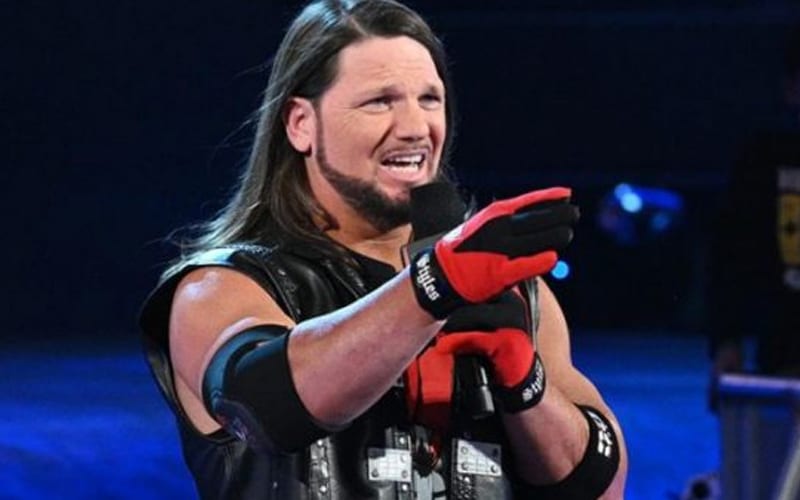 AJ Styles has been a part of several big moments throughout the years. He’s only been in WWE for a few years, but Styles already racked up some big memories.

Some fans will never forget the battle Styles had against Dean Ambrose at WWE TLC in 2016. That war saw Styles ripping his tights, but he wanted to make it clear that it was not a malfunction.

During his recent Twitch stream, Styles named that TLC match as one of his favorites. He also wanted to make it very clear that his gear was literally cut and it wasn’t a “wardrobe malfunction” at all.

Ambrose/Moxley, whatever you want to call him, that TLC match that we had was pretty awesome, where I ripped my pants. Let me go on to say, also I know I’ve said this before on Mixer but we’ve got some new eyes [on Twitch], it was not a wardrobe malfunction when I got the hole torn in my tights. It was not a wardrobe malfunction, it was literally cut by a chair that it went through.

Styles and Ambrose carried on with their match and didn’t skip a beat. They just had to be very careful in the production truck to not to catch a shot of AJ Styles from behind.