Few rivalries in WWE ever really reach the storied heights they did in the past. We will never get another “Stone Cold vs The Rock”. As much as WWE likes to push the “Cena vs Orton” storyline, most of their encounters have fallen short.

Once in a while though, we will witness an undeniable chemistry between two performers. We will want to see them fight and fight again. While WWE is certainly not good with the whole “once in a lifetime” concept, these rivalries should be anything but. 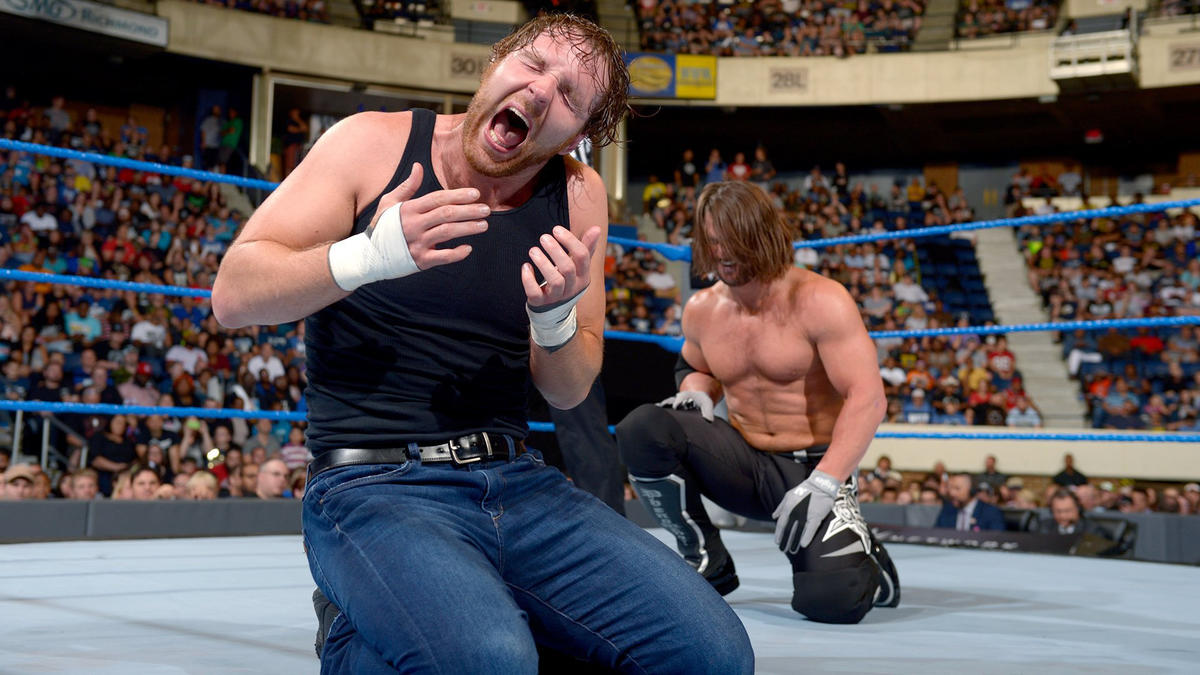 During the time that Raw had Kevin Owens fight either Roman Reigns or Seth Rollins 87 times, Smackdown managed to keep the feud between Dean Ambrose and AJ Style fresh. That way, whenever they locked horns, it was magic. Their match at Backlash was truly match of the night. Many will say it was all Styles, but Ambrose and Styles really work together.

Their clash at No Mercy was great as well, and the addition of John Cena added to that. After a short detour with James Ellsworth, they clashed again at TLC. It was another excellent match that continued to showcase the amazing chemistry between them. Even on a standard Smackdown, Ambrose and Styles delivered.

In 2017, when Ambrose and Styles clashed again for no other reason than “unfinished business”, they still stepped up to the plate. If WWE needs to revisit rivalries again, they should look at Styles and Ambrose. The duo have not had a bad match at all. Each match felt fresh and different, and the two contrasted just enough to appreciate just how unique and skilled both men were.

It was truly a testament to how fluid and exciting the tandem were. While fans were getting sick of Reigns vs Owens or Rollins vs Owens (or even Cena vs Orton, even if they haven’t fought for a while now), they looked forward to the next clash between Ambrose and Styles. While it may be unfair to compare anyone to CM Punk, Ambrose and Styles are the John Cena and CM Punk of today’s roster. Vastly different backgrounds, different styles, but when they step into the ring together, it is simply magic. It has to be seen to be believed. 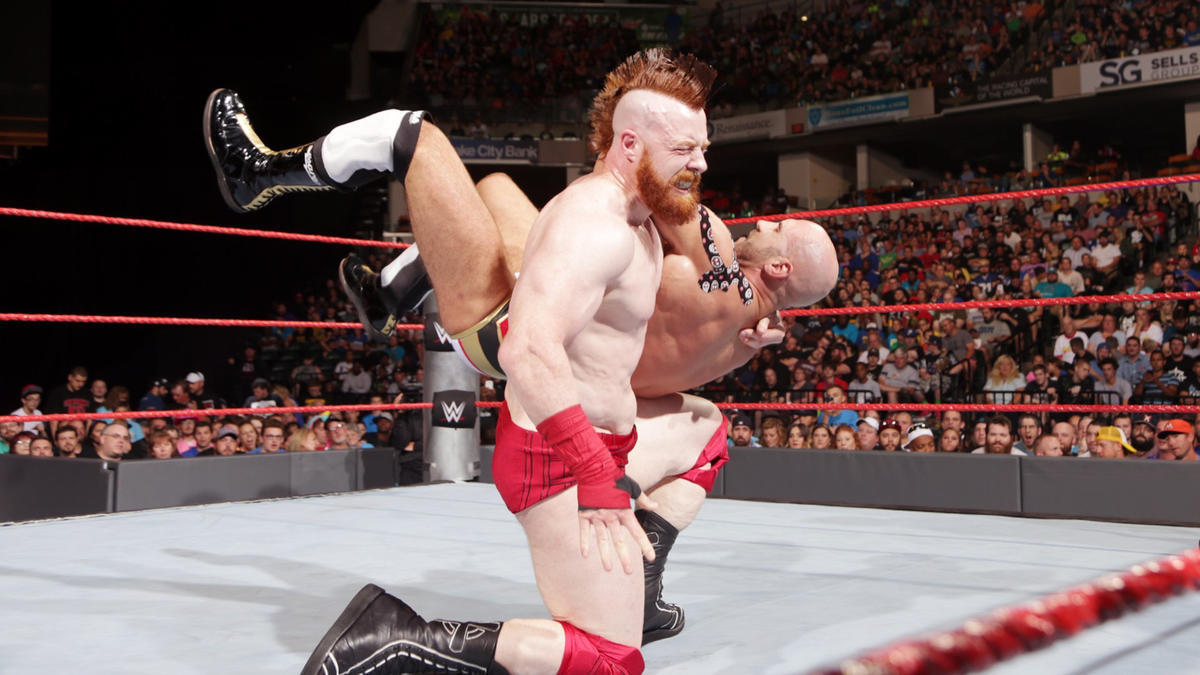 Initially when Mick Foley announced that Cesaro and Sheamus would be squaring off in a Best of Seven series, we all rolled our eyes. After all, Cesaro had already beaten Sheamus twice, so we were in no mood to see them fight again. We were wrong.

Both men really stepped up. What followed were 7 highly entertaining matches. This was the type of match we rarely get in WWE today. In a world full of technical maneuvers and aerial assaults, the two men opted to slug it out in an all-out brawl. Each match was somehow better than the last, and by the time Clash of Champions rolled around, we were almost sorry to see it end. The men went all out, each wanting to best the other man and earn that unspecified title shot that almost-senile Mick Foley kind of said they would get.

They were relentless and refused to let up. They were so hellbent on winning that the referees had to stop the match, and the Best of Seven series, the thing designed to prevent draws, ended up in a draw.

Now the duo are in a tag team, but when they eventually break up, they will probably reignite one of the better rivalries of 2016. The only gripe with the series is how there was no stipulation to these matches. If Cesaro and Sheamus butt heads again, hopefully they can spice it up with a stipulation such as a Last Man Standing or Falls Count Anywhere match. 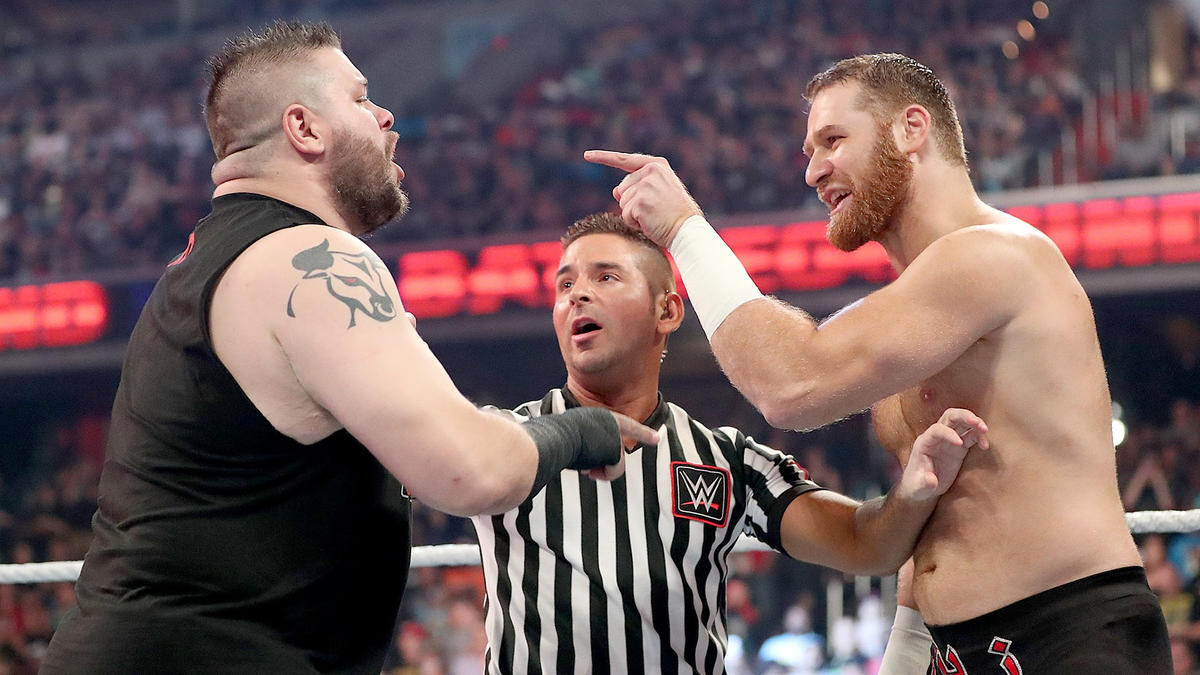 Of course it would be this one. Although WWE runs the risk of running this into the ground, this is one of the best rivalries in WWE today. When Sami Zayn and Kevin Owens can have the match of the night on a card that features AJ Styles, that really says a lot about them. They have been fighting since before they came to WWE, and it really shows. There is a certain fluidity that can be seen when they step in the ring together. It’s the type of chemistry that really only comes to people who have known each other for a long time, and even then not everyone can possess it.

Their contests at Payback and Battleground stole the show, and their participation in a Fatal Four Way for the Intercontinental Championship at Extreme Rules really elevated the match. These men really know each other, as they have been friends for more than a decade. Because of their real life relationship, they continue to bring out the best in each other wrestling-wise.

Although their showdown at Battleground was marketed as the end of the story, they continued to face each other, because WWE doesn’t understand what “the end” means. Both men also got drafted to Raw, for some reason. Regardless, they put on an absolute classic.

This is the kind of fabled rivalry that WWE tries to create. This has to happen organically, and nothing is more organic than more than a decade of history and friendship.