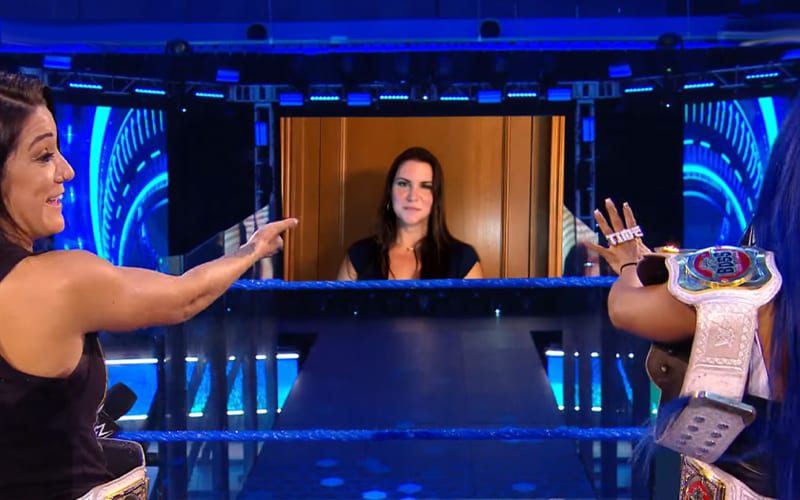 WWE went through many creative changes as they tried to piece together this week’s television. One segment of SmackDown was even shot while there were no fans in the building.

The company recorded Bayley and Sasha Banks’ segment with Stephanie McMahon without any fans in the crowd according to Wrestling News. It’s unclear why they needed to do this.

Crowd noise was piped in due to the absence of a crowd, and they took unique camera angles to avoid catching any of the empty spaces on screen. The venue was darkened in a way to hide the audience area. A green screen was also used and WWE inserted Stephanie McMahon into the segment in post production.

Stephanie McMahon was there to deliver bad news to Bayley. Women from NXT, SmackDown, and RAW will all face each other in a triple brand battle royal next week with the winner facing her at SummerSlam.

The company decided to only record one episode of SmackDown this week. They had issues with people not being available. Apparently, they also had to make a special effort to get this segment taped when nobody was in the crowd.