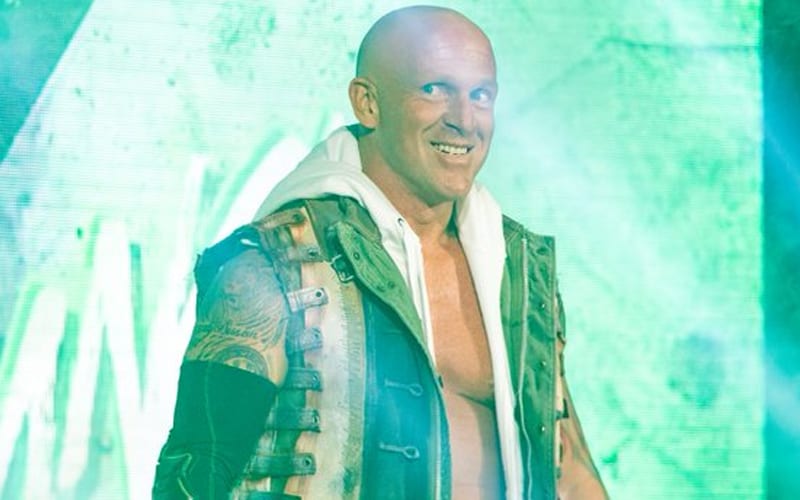 Eric Young was one of the people who WWE cut on April 15th. He already has a job in Impact Wrestling once again, but he wanted to make it clear that he doesn’t need the job.

While recently speaking to the Two Man Power Trip, Young revealed that he made some smart financial decisions. This left him in a good position and he doesn’t need to work. He wants to wrestle for Impact Wrestling which is why he is there.

Young also praised the roster of talent that Impact Wrestling had who elevated the company to the point where they could make hires like bringing in the recently released WWE Superstars.

“The people that were there before us should be so proud and I thank them for that kind of effort in doing things that are hard and putting Impact in a position to hire people like me, Gallows and Anderson.  I’m not going to speak for those guys.  I can only speak for myself, but I don’t need to work.  I’ve been very smart.  I’ve been a very smart person with my money.  I live very humbly.  I don’t need to be at Impact.  I choose to be there.  That’s where I want to be.  That’s a powerful thing.”

Young said he loves proving people wrong which is why the challenges are something he welcomes. He is versatile and can work any role from a comedy character to sadistic madman.

Eric Young returned to Impact Wrestling in a World Title match at Slammiversary. That is a much higher spot on the card than where he found himself in WWE. Hopefully, Young will continue to receive a proper spotlight in Imapct Wrestling as he continues to prove his value every week.