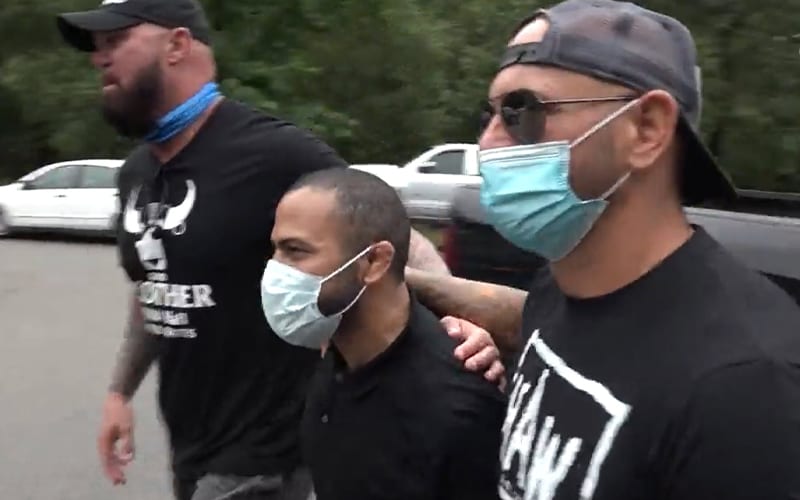 Update: Luke Gallows also dropped a big hint as he simply used #TalkNShopAMania2 in reply to a tweet from Scott D’Amore.

Click here for our complete coverage of Talk ‘N Shop A Mania including plenty of photos.

We’ll have to see how long it takes the Good Brothers to produce another pay-per-view, but Talk ‘N Shop A Mania 2 is apparently on the way. No date was even teased, but the event definitely was.

Karl Anderson sent out a very simple tweet on the morning following Talk ‘N Shop A Mania. He only needed to include one word before he posted a hashtag that seemed to tease that a sequel is on the way.

Talk ‘N Shop A Mania drew substantial interest from social media searches and Google. You can check here to check out those numbers.

A lot of fans commented saying that they were “surprised” by how good Talk ‘N Shop A Mania was. That wasn’t the Good Brothers’ intention as they promoted it as the worst pay-per-view of all time. Maybe Talk ‘N Shop A Mania 2 will live up to everyone’s terrible expectations.

This shouldn’t be a huge surprise since they ended the pay-per-view with a “To Be Continued…” The Machine Gun seems excited about the possibility.