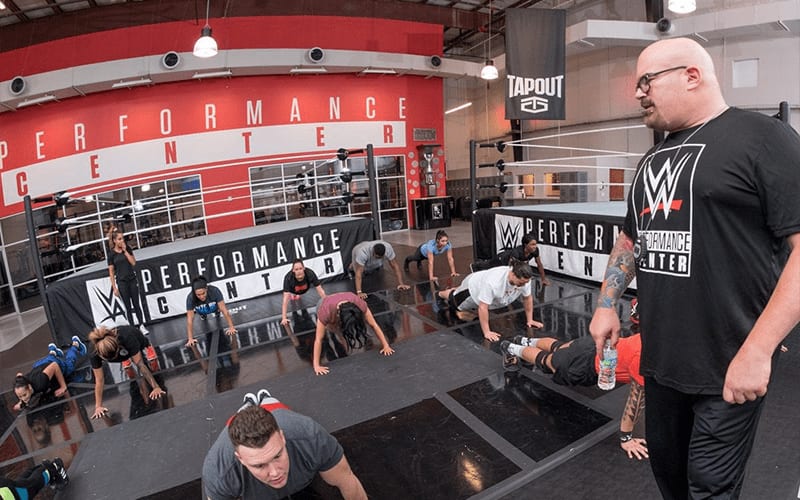 WWE had to change a lot of plans when the pandemic hit. That included daily operations at their Performance Center. Things are about to go back to normal a bit more around Orlando.

The Performance Center is used to film WWE’s programming that airs on television every week. They haven’t been training students in the gym or utilizing the facilities other resources.

The Wrestling Observer Newsletter noted that WWE developmental talent are set to resume regular classes on August 10th. They won’t be in the WWE Performance Center, but students will train in a warehouse location near the PC.

This new warehouse facility will have a few rings set up. Everyone will be COVID-19 tested on Sunday and they should have the results back on Monday. Only two people will be allowed in the ring together at a time and everyone who isn’t in the ring must wear a mask.

It was also noted that “everyone in NXT, including the guys on television have to attend the classes” at this new warehouse facility.