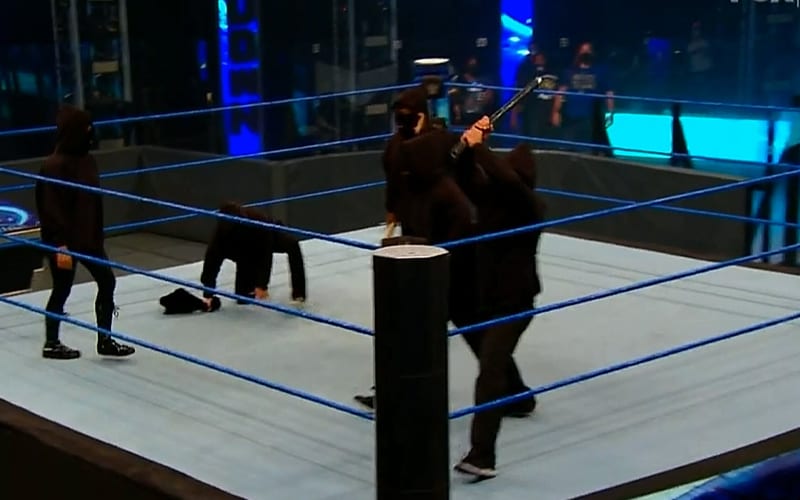 WWE Friday Night SmackDown did not end the way anyone thought it would this week. A new stable is in WWE, and they’re not limiting themselves to Raw.

During the closing moments of SmackDown, a gang of hooded people rushed the ring with clubs. They ran everyone off including the announce team and cameramen. They attacked the NXT Superstars in the crowd and then they pulled out cans of spray paint.

This new faction called Retribution spray painted the ring, the barricade, and the Plexiglass partitions. Then one of them pulled out a chainsaw and cut the ring ropes off.

The show ended this week in utter chaos with the sound of a chainsaw buzzing away.